If, at the end of all this, President Mike Pence sits behind the Resolute desk in the Oval Office, what has been accomplished?

Katherine Mangu-Ward | From the December 2019 issue 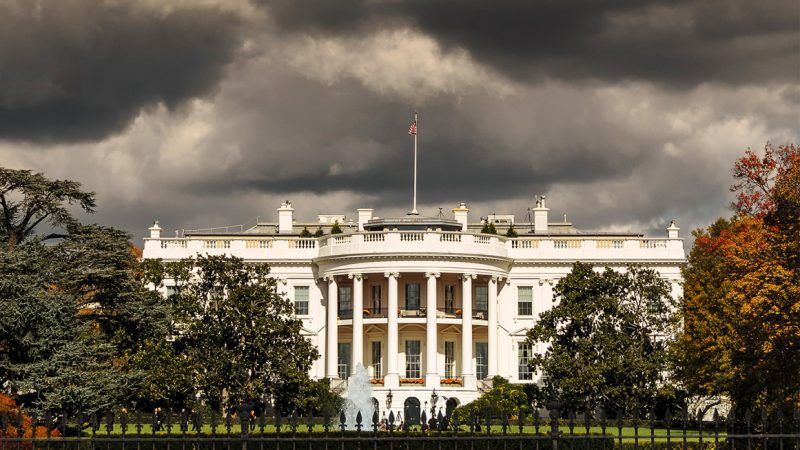 By focusing all of its efforts on impeachment during a presidential campaign, Congress has given away the game: Its members are little more than pawns in a winner-take-all battle for the presidency and its vast and ever-growing powers. Worse, they seem to prefer it that way.

Impeachment is messy, like digging out the pit from an overripe peach. The formal process is difficult for Americans to comprehend. The criteria are blurry and debatable. It requires nearly everyone involved to perform some amount of hypocritical partisan contortionism. It's the bluntest of instruments in politics, and that's really saying something.

Because of this confusingly contingent nature of impeachment, many in Congress are currently extremely busy practicing "strategic silence." They're waiting to see whether the 58 percent of Americans who told Washington Post/Schar pollsters in early October that they support the impeachment inquiry will stick to their guns (and whether the number of likely Republican voters in their midst will grow larger).

But it is increasingly clear that, especially for party leadership in Congress, the game is worth the candle. The game is worth a whole candelabra, in fact. A chandelier, even.

Impeachments are becoming more frequent, with only one—of Andrew Johnson in 1868—in the first couple centuries of U.S. history and three (yes, we're counting Nixon) in the last 50 years. It's not a coincidence that the latter period has also seen unprecedented growth in the powers of the president and in the number of dollars and lives at his disposal.

Even the substance of the narrow matter at hand in 2019 demonstrates this dynamic. At issue in the impeachment inquiry—at least at press time, since these things have a tendency to develop quickly—is the implication of a quid pro quo offered to a foreign leader in a phone call with Donald Trump. Depending on your reading of the evidence, the president may or may not have intentionally given the impression that the price of U.S. military aid to Ukraine was some kind of dirt on a political rival, Joe Biden.

There are two ways to prevent this kind of alleged self-interested self-dealing from the White House. One option would be to elect a person of high moral character who also has a well-developed understanding of the rules and strictures that govern the office—someone who is inclined to respect those rules in letter and spirit as well as to honor the guidelines for transparency that allow other government officials and the press to verify the upright and noble exercise of his vast authority. We would then have to locate, nominate, and elect such a person every four to eight years unto eternity. We would have to trust not only that each president embodies all of these traits but also that he has surrounded himself with similarly virtuous characters. And we would have to assume that coming into possession of such powers is not itself corrupting. Good luck!

Another option would be to limit the power of the presidency. This approach is also difficult, but it can be done. In today's case, the problem could have been avoided by the simple expedient of making it impossible for any president to control the disbursement of millions of dollars to foreign leaders at his own discretion, and by making that restriction on his authority so clear that favor seekers could have no plausible misunderstanding about who holds the purse strings.

There are matters that are genuinely the business of the executive, the all-important Supreme Court appointments among them. But it is not the case that, as Trump has asserted, "I have an Article II where I have the right to do whatever I want as president."

In pursuing impeachment to the exclusion of all else, Congress has muddled the message about its own prerogatives and complicated its defense of them, all while dramatically reducing the time and energy available to actually exercise those prerogatives in a responsible manner.

Impeachment, at least as it is currently being practiced, does not restrict the vast powers of the president—it's merely an attempt to wrest those powers from a particular man.

"As I learn more and more each day, I am coming to the conclusion that what is taking place is not an impeachment, it is a COUP, intended to take away the Power of the People, their VOTE, their Freedoms, their Second Amendment, Religion, Military, Border Wall, and their God-given rights as a Citizen of The United States of America!"

This was Trump's analysis of those early October impeachment inquiry polls. And he wasn't the only one floating the idea that impeachment proceedings would be somehow contrary to the democratic spirit. As Sen. Ted Cruz (R–Texas) told MSNBC's Chris Hayes in October, "The fact that he shouldn't have gone down that road is a long way from saying, 'Therefore, he should be impeached and forcibly removed from office after the American people have voted in a presidential election.'"

But what is in fact contrary to the democratic spirit is the monarchical idea that the president alone is the embodiment of the power of the people, the lone defender of our rights. That's a big job. And the Founders, in their great and unmatched wisdom, saw fit to distribute it across a rather large cast of characters. They gave the House the impeachment power in order to make coups unnecessary. The existence of elections cannot logically make impeachments a violation of the democratic process. Every president who has been impeached was, after all, voted into office first.

Trump could very well be re-elected post-impeachment. And any attempt by Congress at that point to prevent him from being sworn in a second time would indeed be undemocratic, unconstitutional, and unconscionable—an actual coup.

Rather than squabble over the presidency, Congress can and should reassert its considerable constitutional powers. It could start by reclaiming the sole right to declare war and rediscovering its lawmaking authority, the latter of which it has ceded to executive branch bureaucrats out of laziness, cowardice, and general ineptitude in the face of genuinely difficult work. But there's little evidence the legislative branch has any intention of doing that.

If, at the end of all this, President Mike Pence sits behind the Resolute desk in the Oval Office, what has been accomplished? His presidential pen, phone, and Twitter account will still retain the same outsized power as his predecessors'. He will be just as tempted to abuse that power and just as alone in his burden. And if, on the first Tuesday of November, President Biden emerges victorious (or President Warren, or President Sanders, or even President Amash), we will still have the same destructive imbalance between the branches, the same motivation to go all-in on the battle for the presidency, and the same incentives to begin calling for  impeachment proceedings on the Wednesday morning after each Election Day, before the new president even takes office.

Impeachment is the hair of the dog after an all-night executive power bender. Sure, a Bloody Mary might make you feel better for a little while. But in the long run, it might be better to get off the sauce entirely.