"This idea of purity and you're never compromised, and you're always politically 'woke,' and all that stuff, you should get over that quickly." 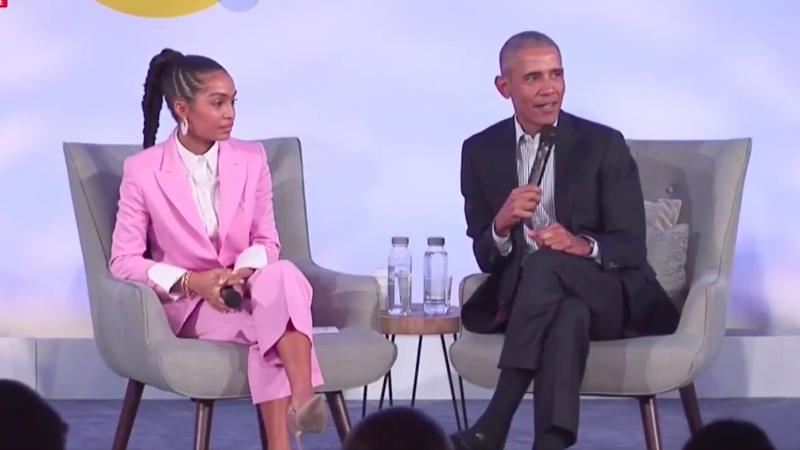 Former President Barack Obama had strong words for progressive activists whose tactics rely on shaming all those who disagree with them.

"This idea of purity and you're never compromised, and you're always politically 'woke,' and all that stuff, you should get over that quickly," he said.

His remarks came during the Obama Foundation Summit in Chicago this week. The former president expressed particular frustration with young people on college campuses who think the best way to enact change is "to be as judgmental as possible about other people."

"If I tweet or hasthag about how you didn't do something right or used the wrong verb, I can sit back and feel pretty good about myself, see how woke I was, I called you out," said Obama, criticizing this way of thinking. "That's not activism. That's not being about change. If all you're doing is casting stones, you're probably not going to get that far."

Obama noted that some people who do great things have serious flaws, while some of the people fighting hardest against the things liberals want "love their kids and share certain things with you."

This is not the first time Obama has made comments like this. In his 2016 Rutgers commencement address, he criticized fragile students for being unwilling to even listen to the other side. He's also assailed hypersensitivity and expressed disagreement with leftists who think "that those who aren't like you because they are white or they are male, somehow there is no way they can understand what I'm feeling, that somehow they lack standing to speak on certain matters."

As I noted in my book about campus free speech issues, Panic Attack: Young Radicals in the Age of Trump, Obama has always been an eloquent defender of the culture of civil discourse and tolerance. (Contrast that with Hillary Clinton, who famously said that half President Donald Trump's supporters were deplorable and should be written off.)

One of the best ways to combat cancel culture is for more liberals in good standing to condemn it. Obama scolding the scolds should always be treated as a welcome development.