"Taxation by citation" harms the harmless and destroys trust in civic institutions. 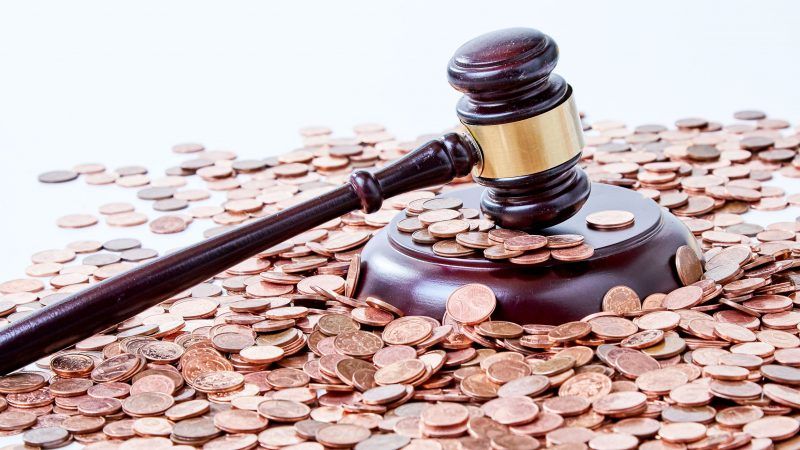 Burdening the poor with vexatious fines—which potentially lead, if people are unable to pay their fines, to imprisonment—is bad for society. A new study from the Institute for Justice, "The Price of Taxation by Citation," demonstrates the serious consequences not just for unfortunate citizens who have harmed no one, but for civic peace in general.

The study focuses on three Georgia cities that derive 14 to 25 percent of their revenue from such fines and fees: Morrow, Riverdale, and Clarkston. (The average for the state is more like 3 percent.) "The cities have their own courts to process citations, and the evidence shows these courts, which are structurally dependent on the cities, operate as well-oiled machines," the study reports. "They churn through more cases than courts in similarly sized cities, and cases almost always end in a guilty finding, resulting in fines and fees revenue for the cities."

The cities have small population bases on which to prey, ranging from 7,500 to 16,500. They are fined, among other things, for "traffic tickets…for non-speeding violations, such as expired tags, lane violations, illegal U-turns, parking violations and window tinting, among numerous others," as well as "trivial infractions…dominated almost entirely by offenses like being in a park after closing, violating leash laws and not walking on sidewalks."

Overall, the study found, most of these revenue-generating tickets are "for traffic and other ordinance violations that presented little threat to public health and safety. Traffic violations posed only moderate risk on average, while property code violations were primarily about aesthetics. This suggests the cities are using their code enforcement powers for ends other than public protection."

The phenomenon, which the authors call "taxation by citation," "(1) creates conflicts of interest, (2) distorts law enforcement priorities and (3) violates the rights of poor people." When, as often happens, these citations fees fund the very municipal courts that levy them, that gives judges a pretty direct "personal interest in cases they decide, and municipalities should not have a financial interest in obtaining convictions." Federal courts have found such practices constitutionally problematic.

In addition, "prosecutors' duty to exercise their discretion neutrally can also be compromised if their office has a financial stake in convicting people."

The practice also encourages law enforcement to spend time not worrying about actual public safety but searching for ways to ding people for cash. Such practices end up entrapping more citizens than the national norm in probation, where more fees, often reasonably unpayable, accrue. As a result, the risk of actual imprisonment and all its concominant problems looms over people for the pettiest of offenses.

The Institute for Justice observes that "Our review of the sample cities' laws turned up few provisions that would meaningfully protect people from fines and fees abuse." For example, none have ordinances that would "require municipal courts to provide jury trials when requested by a defendant, offer discovery or hold ability-to-pay hearings."

Neither do any "require their courts to consider non-jail alternatives to fines and fees, such as community service, educational programs, or school or work attendance," or to "prohibit courts from incarcerating or threatening to incarcerate people unable to pay fines and fees."

Taxation by citation also leads to "lower levels of trust and higher levels of ill will toward city government on the part of residents. Trust in government is the level of confidence citizens hold that 'authorities will observe the rules of the game and serve the general interest.' Because many people's primary experiences with the justice system involve dealing with police officers and local courts, excessive use of fines and fees can foment
distrust, damage residents' relationships with law enforcement and harm judicial credibility."

I suspect that no city official is going to stress so much about damaging citizen trust in institutions as long as they can keep turning poor people's lives into revenue spigots.

But they should consider, as the study notes, that this dire phenomenon of city's managing their finances on the back of petty harassment of poor citizens first burst to public prominence in the context of the riots in Ferguson, Missouri, following the 2014 police-caused death of Michael Brown.

It turns out that "from July 2010 through June 2014, Ferguson, a city of about 21,000 residents, issued 90,000 citations for municipal ordinance violations. And in the final 12 months of that period, police and code inspectors wrote almost 50% more citations than they did in the first 12. Significantly, the additional citations were largely for non-serious code offenses—not offenses like assault, driving while intoxicated and theft; the number
of citations for more serious crimes like those generally held steady."

In the long run, destroying citizen trust in institutions can have bad effects far more serious than a cracked driveway or daring to tint one's car window, even if officials want to forget—as they should not—how badly they can mess up someone's life for no good reason.