Everyone Is Getting Joker Wrong 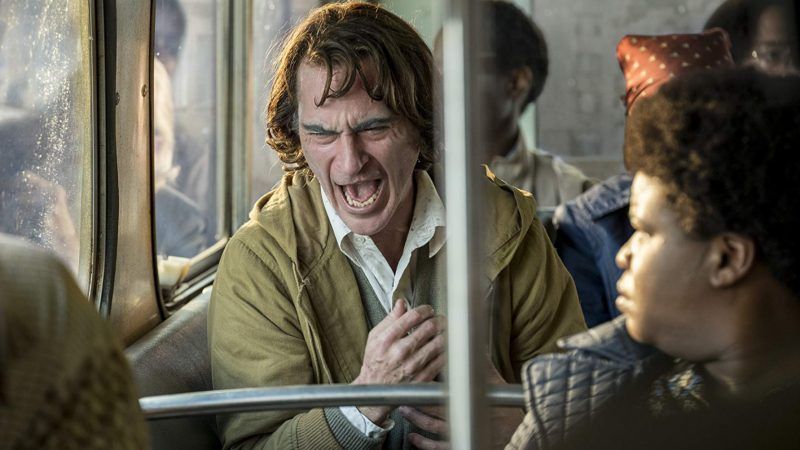 Joker broke box office records in its opening weekend, almost certainly thanks to panic about the movie's potential to spawn violence. Fears that the film—the latest reimagining of the classic DC Comics villain and Batman nemesis, this time played by Joaquin Phoenix—would lead to a shooting rampage stem in large part from comments made by a sheriff in Aurora, Colorado, where a gunman opened fire at a movie theater during a screening of The Dark Knight Rises in 2012.

The Dark Knight Rises, from Christopher Nolan's Batman trilogy, does not feature the Joker. And initial reports claiming that the Aurora shooter was dressed as the Joker turned out to be wrong (he just had dyed red hair).

Nonetheless, a lot of media ran with the narrative that screening the new Joker film would be dangerous and inspire "copycat" gun violence. Meanwhile, other critiques of the film have shown similar disregard for reality.

The New Yorker's Richard Brody suggested the film was racially problematic in a truly tortured mess of projected intentions and logic. Some back story: In the beginning of the film, Arthur Fleck—the mentally ill man who becomes Joker over the course of the film but starts out as a street sign-twirling clown—is beaten up in an alley by a group of non-white teenagers who stole his sign.

Brody decides this must be an allusion to "the attack wrongly attributed to five young men mislabelled as the Central Park Five—an attack on an isolated and vulnerable white person by a group of young people of color" (even though, aside from that detail, the stories bear no resemblance to one another). He then complains that Joker "says, in effect, that it may not have been those five, but there was another group out there wreaking havoc; they're not figments of a demagogue's hate-filled imagination—here they are."

Brody also blasts another scene, one where Fleck shoots three white men who attacked him on a subway train:

It's an evocation of the shooting, in 1984, by Bernhard Goetz, of four teen-agers in a subway who, Goetz believed, were about to rob him. They were four black teen-agers, and Goetz, after his arrest, made racist remarks. In "Joker," the director, Todd Phillips (who wrote the script with Scott Silver), whitewashes Goetz's attack, eliminating any racial motive and turning it into an act of self-defense gone out of control.

In both cases, the film is faulted for not living up to some imagined racial allegories Brody would like to see.

So it goes, too, with another common strain of Joke critique: that the film represents and glorifies a Trumpian, incel fantasy of violence. For example: "The true appeal of the new 'Joker' movie lies in its invidious validation of the white-male resentment that helped bring President Trump to power," tweeted CNN Sunday, linking to an op-ed by Jeff Yang.

Here, again, we see a lot of projection based on the flimsiest of connections. Yes, Phoenix's Fleck/Joker is male, white, and not one to have much luck with women. But there's nothing conservative about him, nor does he lash out at women per se, nor is he portrayed as someone on a hero's journey. He's a man with myriad problems—including a condition in which he laughs loudly and uncontrollably at inopportune times—who suffers a series blows and then snaps.

"Joker might be a work of fiction, but it is very much rooted in real-world mental health care, which is seldom represented on screen in such a raw manner," writes Mel Evans at Metro UK.

If anything, the film presents a rather left-wing rationale for Fleck's break from struggling sign-holder and aspiring comedian to dancing, dandified killer, positioning cuts to social services (which meant no more medication and counseling for Fleck) as one of its proximate causes. He is portrayed as a product of a broken system, male violence (his mom's boyfriend abused him as a young child), and uncaring elites. And the riots spawned by Joker's shooting of the rich bros on the subway winds up spawning not a murder movement or a gang of villain thugs but an Occupy Wall Street-style revolt against a city where trash is literally piling up on the streets, politics is a show, and big business pulls the strings.

This is not a movie that comes down lightly on people who mistreat children. And yet here's CNN—after no movie theater shooters materialized this weekend—calling out the movie for a scene in which Joker dances to a song by a "convicted child sex offender":

"Rock and Roll Part 2," a song by convicted child sex offender Gary Glitter, plays for about two minutes as Joaquin Phoenix, who plays the Joker, dances down a flight of stairs https://t.co/VOPAJwK7MN

The critiques of this movie just keep getting weirder and weirder. And they're made especially so when you compare this movie to The Dark Knight, the 2008 film featuring Heath Ledger as the Joker. That movie was brimming with dramatic gun fights and gratuitous and cartoonish violence of all sorts, while shots fired in Joker are far between and much more realistic.

Ledger's version of the character was sadistic, twitching, nihilistic, doing it all for the lulz, out to spread chaos for its own sake—a comic book-style portrayal of madness, with a touch of punk rock. Ledger's Joker was also vaguely cool—something Phoenix's Joker is decidedly not.

Phoenix's version of the character is portrayed as a broken, self-loathing man in desperate want of a normal life ("the worst part about having a mental illness illness is people expect you to behave as if you don't," he writes in his journal at one point). His mental health issues are played for pathos rather than theatrics. And his descent into psychotic violence is not random, nor are the targets of that violence.

In the two-page, single-spaced memo on July 26, the day after the Trump-Zelensky phone call, the whistleblower wrote: "The following is a record of a conversation I had this afternoon with a White House official about the telephone call yesterday morning between President Trump and Ukrainian President Volodymyr Zelensky."

In contrast to a publicly released transcript of the July 25 phone call, the two-page memo used dramatic language. According to the memo, the White House official "described the (July 25th) call as 'crazy,' 'frightening,' and 'completely lacking in substance related to national security.'"

Scott Shackford has more details on the employment discrimination cases before the Supreme Court today:

[The Supreme Court will] be hearing two hours of argument over three different lawsuits involving federal protections against sex discrimination in the workplace. At issue: Do those laws also protect against discrimination on the basis of whether somebody is gay or transgender?

A ruling in favor of the employees in these three cases would mean a massive realignment of the classifications protected by the Civil Rights Act of 1964, which for most of its existence was not interpreted to include those protections, and most certainly was not intended to do so when Congress originally passed it. But subsequent rulings and Supreme Court precedents have expanded the view of what counts as discrimination on the basis of sex, and there now is disagreement between differing federal courts and even different agencies about the issue.

so, somewhat inevitably, biopsies suggest that recent vaping injuries are nothing to do w/ nicotine vaping and are probably caused by a contaminant in black-market cannabis vapes https://t.co/FtrtVTltAr, suggesting that banning/restricting legal vaping will be worse than useless

"Inslee's flavoring ban is unusual because the governor himself admitted at a press conference that there was zero evidence flavorings are causing the outbreak. Yet the legal language behind his flavor ban says exactly the opposite."