Why Does the Popular Social Media App TikTok Have Almost No Hong Kong Protest Footage?

The company's Chinese ownership may have something to do with it. 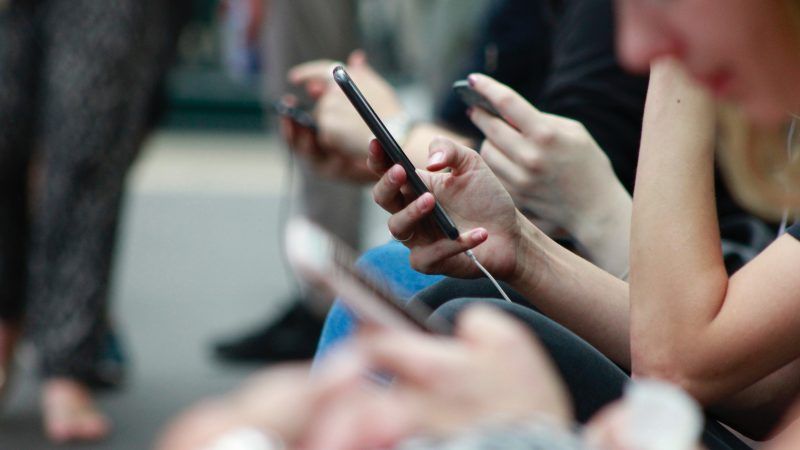 Footage of Hong Kong's pro-democracy movement is essentially nowhere to be found on the globally popular social media app TikTok. Instead, protesters are getting the word out on Twitter and Facebook. With roughly 1 billion global users, what could explain TikTok's Hong Kong blackout?

While it might be that TikTok's core demographic is teens and young adults, or that the app's most popular content categories are viral video clips of lip-syncing and physical stunts, the more likely explanation is that TikTok is owned by a Chinese company which has historically tried to curry favor with the Communist Party of China (CCP).

Many of TikTok's users are unaware of its Chinese roots. The app is owned by ByteDance, which also owns Douyin, the Chinese version of TikTok. Douyin, like all other social media companies in mainland China, must comply with the "Great Firewall," which blocks any political content that the CCP finds objectionable. Political dissent is banned, though social media users tend to find shortlived ways to circumvent the firewall: Tiananmen Square is famously referred to as "May 35th," since references to the actual date of the massacre—June 4—are scrubbed from social media by the CCP's censors.

The Washington Post reports that "It's impossible to know what videos are censored on TikTok: ByteDance's decisions about the content it surfaces or censors are largely opaque," but that "popular hashtags used by Hong Kong protesters that have spread widely across other social media barely exist on TikTok."

"The #antielab hashtag, a central organizing post named for protesters' resistance to an extradition bill seen as weakening Hong Kong sovereignty, has more than 34,000 posts on Instagram but only 11 posts on TikTok, totaling about 3,000 views. The hashtags for #HongKongProtests and #HongKongProtestors, some of the biggest rallying points on Twitter, return either a single video or an error message: 'Couldn't find this hashtag: Check out trending videos.' The #HongKongProtest hashtag showed six videos, totaling about 5,000 views."

Other youth-dominated visual mediums, like Instagram, are rich with Hong Kong content. The #HongKong hashtag returns 33.3 million posts on Instagram; #HongKongProtest turns up nearly 43,000 posts, and #HongKongAirport, where many of the protests have taken place, turns up more than 97,000 posts. Part of the reason TikTok might not be used to spread Hong Kong protest content might be due to low interest among the app's predominately teen users. Or it might be the case that many Americans simply aren't interested in Hongkongers' ongoing fight for democracy.

But it's not as if TikTok and Douyin are devoid of other types of political content. Douyin is used semi-cryptically by Uighurs in China's western Xinjiang province to communicate with the rest of China that they have missing, dead, or separated relatives. This month, Nevada high schoolers used TikTok to organize a strike in solidarity with their teachers to get them better pay and working conditions. TikTok users have also used clips of art and body makeup to spread awareness of climate change, in addition to streaming coverage of climate-related protests (the #climatechange hashtag has nearly 30 million views and an endless stream of posts).

In the past, ByteDance has showed a strong degree of deference to the CCP. The Post notes:

ByteDance founder Zhang Yiming, one of China's richest men, issued a public, self-effacing apology for content he called 'in deviation of socialist core values' and pledged the company would work to ensure party 'voices are broadcast to strength.'"

In a statement, ByteDance said that the content moderation team for TikTok is based in the U.S. and held to wholly different standards than Douyin. And in terms of content, images that have caused a stir on Douyin (such as a cartoon pig named Peppa Pig, which Chinese state-owned media claim is antithetical to Party values) are allowed on TikTok.

Still, a video-centric app would seemingly be a natural fit for those who want to spread footage of the Hong Kong protests, which are now in their 16th week.

The protests, which were sparked by a proposed extradition treaty that would have allowed suspected criminals to be extradited from Hong Kong to Taiwan and mainland China, has turned into a larger demonstration against China's power creep. Since 1997, Hong Kong and China have used the "one country, two systems" policy, under which Hongkongers are allowed significant political freedoms. Hong Kong could lose these freedoms and be fully absorbed by China in 2047, when the policy agreement is set to expire. Proposals like the extradition treaty have many Hongkongers worried that China is speeding up the timeline and attempting to prematurely winnow away at their freedoms.