Supervisor Shamann Walton thinks he can use restrictions on commercial speech to suppress political speech. 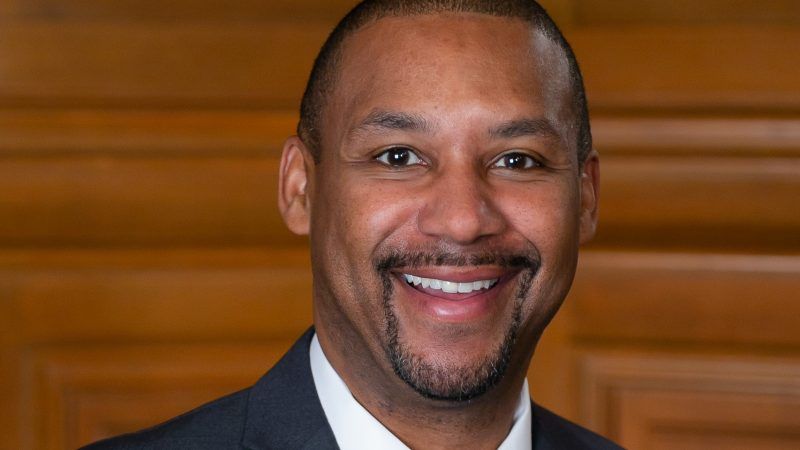 San Francisco Supervisor Shamann Walton, co-author of that city's pending ban on the sale of e-cigarettes, is complaining that the campaign for Proposition C, a Juul-backed 2019 ballot initiative that would overturn his ordinance, violates federal restrictions on commercial statements about vaping products. Walton's claim vividly shows how the Food and Drug Administration (FDA) suppresses truthful, nonmisleading statements about the nicotine products it regulates. He wants to take that censorship a step further, arguing that it should also apply to political speech that is unambiguously protected by the First Amendment.

In a recent letter to the FDA, Walton cites a Proposition C ad in which a former smoker says she quit with the help of e-cigarettes after unsuccessfully trying nicotine gum and patches. He also a mentions a presentation in which Proposition C campaign manager Tom Hsieh described e-cigarettes as less harmful than the conventional, combustible kind and called them "a legitimate off-ramp for people who are addicted to cigarettes." Former FDA chief Scott Gottlieb has said essentially the same thing, calling e-cigarettes an "off-ramp for adults who want to migrate off combustible tobacco and onto e-cigs," a trend he described as a "tremendous public health opportunity."

Walton nevertheless argues that statements like those, no matter how truthful, are prohibited by FDA regulations that say e-cigarette manufacturers may not promote their products as less dangerous than tobacco cigarettes or as a smoking cessation aid unless those claims have been approved by the FDA. "Juul appears to be using the electioneering in San Francisco to systematically advance unauthorized health-related marketing claims about its products' advantages to consumers," he writes. "These messages do not merely portray Juul as a safer alternative to traditional cigarettes—but also as a more effective smoking cessation option than FDA-approved products [such] as Chantix, Nicorette, nicotine patches and gum."

The first thing to note about the statements to which Walton objects is that they happen to be true. In a recent interview with CBS News, David Abrams, a professor of social and behavioral sciences at NYU, explained that studies of biomarkers in smokers who have switched to vaping find that they are exposed to far fewer hazardous substances, at far lower levels, than people who continue to smoke. "E-cigarettes are way less harmful than cigarettes," he said, "and they can and do help smokers switch if they can't quit."

Abrams also noted a randomized clinical study that found e-cigarettes are nearly twice as effective in smoking cessation as other nicotine replacement products. Vaping "delivers nicotine in a very satisfying way without the major harms of burning tobacco," he said. "If we lose this opportunity, I think we will have blown the single biggest public health opportunity we've ever had in 120 years to get rid of cigarettes and replace them with a much safer form of nicotine."

The second thing to note about the statements Walton wants to suppress is that they are part of a political campaign, not commercial advertisements for Juul or any other specific product. While the FDA has scolded Juul for statements about the relative hazards of smoking and vaping in the context of presentations to high school students by company representatives, trying to restrict political speech is another matter.

"The law places restrictions on tobacco companies," Jim Sutton, an attorney for the Proposition C campaign, told the San Francisco Chronicle. "If you look at the ads, there's no tobacco companies making claims in those ads. Those are individuals who say vaping products help them quit smoking….They have a First Amendment right to say that."

Juul spokesman Ted Kwong also highlighted the constitutional implications of Walton's claim. "The statements alluded to in the letter encompass the heart of free, political speech," he said. "They are not promotional statements about any particular product, but are advocacy in support of an important policy position."

Jon Golinger, an attorney who teaches election law at Golden Gate University, agrees that the distinction is constitutionally significant. "There are two totally different standards for selling products to consumers and selling political ads and political campaigns to voters," he told the Chronicle. "In the context of ballot measures, there are virtually no truth standards other than the BS meter of the voters."

Walton portrays the Proposition C campaign's statements as a form of commercial speech subject to FDA restrictions. But what he is actually doing is urging the federal government to censor statements by his political opponents.

In fact, Walton's argument would make Proposition C itself illegal. The ballot initiative's "findings and conclusions" include the statement that "vapor products are designed for the express purpose of reducing the deadly effects of combustible cigarette smoking." The initiative also says it aims to "preserve the harm-reduction potential of vapor products." By Walton's logic, such statements violate FDA regulations and should not be allowed, even though they are the heart of the argument for Proposition C.

It's bad enough that e-cigarette prohibitionists claim to be protecting public health when they are actually undermining it by banning a product that provides a much less hazardous alternative to smoking. Now they are arguing that the businesses targeted by their bans should be silenced by the federal government, lest they point out the faulty logic of prohibition.