Fines continued to pile up for almost a decade. 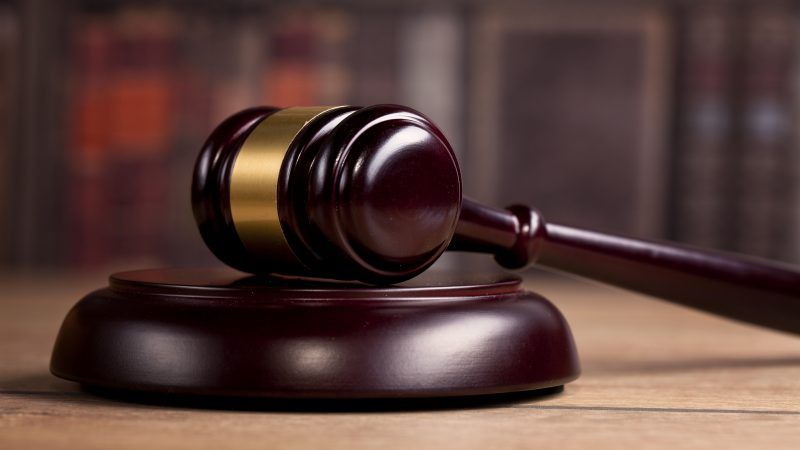 Patricia Spottedcrow found herself in a jail cell last week. It was a familiar place for her: In 2010, she was sentenced to 12 years in prison and $2,740 in fines for selling $31 worth of marijuana to an undercover police informant. That sparked an outcry, especially since she was a first-time offender, and the public outrage led to her early release two years later.

Yet the fines were not dismissed, and late fees mounted with each missed payment. On September 9, the Oklahoma City police arrested her, with the state ordering that Spottedcrow be locked up until she could furnish $1,139.90 of the $3,569.76 she still owed. Meanwhile, she was hit with yet more fines with the new arrest, and they would accrue while she was in jail.

After her case was publicized, some strangers donated enough funds to wipe her slate clean. As she walked out of jail on September 11, she was completely free for the first time in nearly a decade.

The mother of six has been constantly at the mercy of the criminal justice system since her arrest. In 2017 she told the Tulsa World that she was living in an Oklahoma City motel, unable to find permanent housing. Her conviction also made it difficult to find work, so she relied on her husband's pay as an electrician. He has since passed away.

And in 2018—eight years after pleading guilty—her bond was revoked after she failed to report to a probation officer and admitted to drinking a beer. Her debt continued to climb, though she attempted to pay some of it off at least every other month. But that made no difference: The $3,600 she owed as of last week had grown from the $2,740 she owed when she first reported to prison years ago.

Her mother, Delita Starr, was also arrested in connection with the incident. Another first-time offender, she received a 30-year suspended prison sentence in 2010—and was handed $8,600 in fines.

Their experience is alarming but unsurprising. Oklahoma incarcerates women at the highest rate in the country, and it has the second-highest overall incarceration rate.

"It was a way of life for them," said former Kingfisher County Associate District Judge Susie Pritchett in 2011, who oversaw the case. "Considering these circumstances, I thought it was lenient. By not putting the grandmother in prison, she is able to help take care of the children."