Sober Cannabis Consumers in Utah Already Can Be Convicted of Stoned Driving. This Legislator Thinks the Law Is Too Lenient.

His bill would authorize felony prosecutions of drivers with THC in their blood even when they are not impaired. 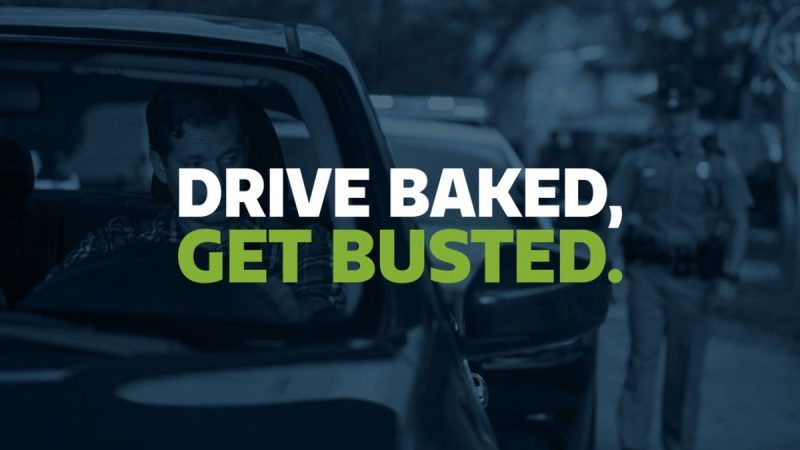 A Utah legislator plans to introduce a bill that would make drivers presumptively impaired when they exceed a specified THC blood level. That approach is based on a fundamentally mistaken understanding of marijuana intoxication, and it would replace a legal standard that is already unfair and unscientific with one that would unjustly convict sober drivers of felonies as well as misdemeanors.

"Why are we treating marijuana intoxication as a lesser offense than alcohol intoxication?" state Rep. Steve Waldrip (R–Eden) asked in an interview with the Ogden, Utah, Examiner-Standard. The bill he plans to introduce, he said, "would simply mirror what happens with alcohol." But that makes no sense, because THC blood levels, unlike alcohol blood levels, are not a good indicator of impairment.

Waldrip is responding mainly to an accident in Harrisville last November that killed 29-year-old Brittany Zoller. Zoller was walking across a highway at night when she was struck by a car whose driver, Krystal Sly, tested positive for THC. Sly, whose THC blood level was eight nanograms per milliliter, faces a misdemeanor charge punishable by up to six months in jail.

Zoller's family and Waldrip view that penalty as a slap on the wrist. Yet there was no evidence that Sly was impaired at the time of the accident. "The young lady who died was extremely intoxicated and walking in the middle of a street with a 50 mph speed limit," Sly's lawyer observed. Zoller's blood alcohol concentration was 0.21 percent, more than four times the level that defines drunk driving in Utah.

Sly "could not be charged with a felony unless we could prove impairment," Weber County Attorney Chris Allred told the Examiner-Standard. "In this case we could not prove impairment." Citing the police report on the incident, the paper says Sly "was driving under the speed limit at the time of the accident, quickly stopped and attempted to aid" Zoller.

The legal change that Waldrip favors would have made it possible to prosecute Sly for a third-degree felony punishable by up to five years in prison and a $5,000 fine. That hardly seems like a just outcome, since it looks like Sly was not driving in a negligent manner and was not at fault in the accident.

Under current Utah law, driving with "any measurable controlled substance or metabolite of a controlled substance" in your blood is a Class B misdemeanor, punishable by up to six months in jail and a $1,000 fine. Since marijuana metabolites can be detected for weeks after consumption, this law effectively means that regular cannabis consumers are committing a crime whenever they drive, regardless of whether they are impaired. State-approved medical marijuana users have an affirmative defense against this charge.

It is also a Class B misdemeanor in Utah to drive under the influence of any drug "to a degree that renders the person incapable of safely operating a vehicle." When a crash results in serious injury or death, the offense becomes a felony. But that charge requires evidence of impairment beyond blood test results—a requirement that Waldrin wants to eliminate. The Examiner-Standard says he is contemplating a standard similar to Nevada's, which presumes impairment at a THC level of two nanograms per milliliter, or Colorado's, which allows juries to convict people of driving under the influence (DUI) when their THC blood levels equal or exceed five nanograms per milliliter.

There is no scientific basis for either of those standards, because THC blood levels, unlike alcohol blood levels, do not reliably correspond with degrees of impairment, as the National Highway Traffic Safety Administration has repeatedly pointed out. Since THC is absorbed by fatty tissue, regular cannabis consumers can easily exceed the Nevada or Colorado cutoff even when they are perfectly capable of driving safely. While Waldrip perceives a double standard in the way alcohol and marijuana are treated under Utah's DUI law, the distinction between the two when it comes to prosecuting drivers for felonies simply acknowledges the difference between alcohol blood tests, which are a good indicator of impairment, and THC blood tests, which are not.

When it comes to prosecuting drivers for DUI misdemeanors, Utah law not only ignores that crucial point; it sets a zero-tolerance standard much stricter than the rule for drinkers. Given how long inactive marijuana metabolites can be detected, an equivalent rule for alcohol would make drivers guilty of DUI weeks after their last drink.

In addition to jail time and fines, misdemeanor DUI convictions trigger a four-month suspension of the driver's license and mandatory participation in an education program. For a second offense, the minimum jail or community service time rises from two days to 10 days, and a third offense is a felony—all without any evidence of impairment. That is the real double standard.