Mill's legal problems are now over, but he remains involved in efforts to push for important probation reforms. 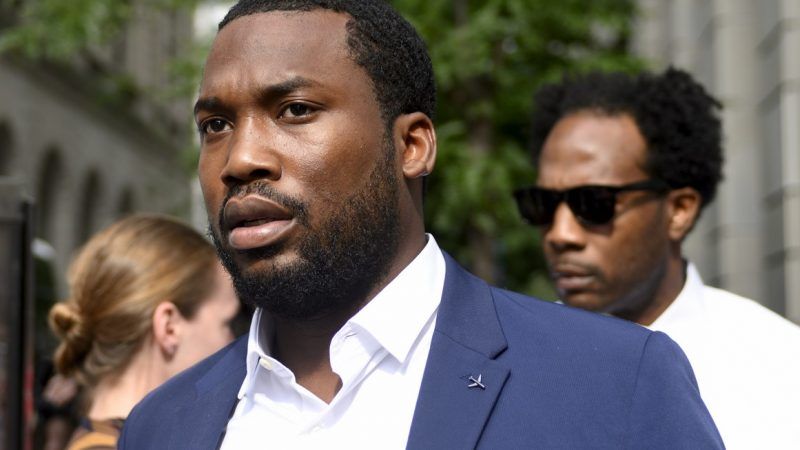 Mill, who is now 32 years old, was arrested as a 19-year-old for drug and gun charges. A police officer claimed Mill pointed a gun at him. Mill denied the charges but pleaded guilty and served eight months in prison. Then he was put on probation for five years, and that's when his life somehow managed to get worse.  The judge overseeing Mill's probation, Genece Brinkley, seemed to have an ax to grind with Mill, frequently lecturing him, extending his probation, and then ultimately threatening him with prison time for a scuffle in an airport with paparazzi (the charges were dropped) and an absurd arrest for popping a wheelie on his dirtbike in Manhattan while not wearing a helmet.

Brinkley sentenced him to two to four years in prison, and he served another five months before higher courts in Pennsylvania intervened and removed Brinkley from the case. Furthermore, as investigators went back to examine the initial arrest they discovered that the cop responsible was later fired from the police department for lying and theft. Another officer on the scene said that Mill was not brandishing the gun at the officer, but attempting to discard it.

In July, Mill was granted a new trial for those initial charges. Yesterday he resolved the case by pleading to a misdemeanor charge of carrying a gun in public. There will be no additional punishment. No more jail time and, just as significantly, no more probation. After he left court Tuesday he thanked his many supporters:

#Breaking: "Meek freed, I'm not on probation" @MeekMill thanks supporters after final court hearing where he pleaded guilty to possessing a firearm without a license from his initial arrest in 2007. Tuesday's plea ends the rapper's 12 year legal battle. https://t.co/CMUG5zZ3nJ pic.twitter.com/YCyexQkUrV

It may be the end of Mill's legal troubles, but it's not the end of his criminal justice activism. Mill's fame as a rapper helped highlight a chronic problem that persists in many places around the country and doesn't get nearly enough attention: Probation, rather than being a tool to justify shorter jail sentences by monitoring people after release, has become a form of punishment of its own, subjecting people to the capricious whims of judges and probation officers looking for reasons to send them back to jail. Long probation terms (like Mill's) do not prevent mass incarceration but actually fuel it, in addition to saddling poor people with extensive fines and court fees they have to pay if they want to stay free.

Mill, along with his friend Michael Rubin, co-owner of the Philadelphia 76ers, launched Reform Alliance, an organization devoted to trying to fund reforms to probation and parole laws to make them less oppressive. They're among several criminal reform groups pushing for Pennsylvania to pass legislation that would set caps on how long a person may be on probation and forbid courts from extending somebody's probation as punishment for being unable to pay fines or fees. He said yesterday he would continue his efforts:

It's important that we now channel our energy into helping the millions that are unjustly trapped in our criminal justice system. #Justice4Millions #Reform

A five-part docuseries released in August on Amazon Prime called Free Meek documents the rapper's struggles. Check it out here.