Is YouTube Discriminating Against Both Conservatives and LGBT Videos? Two Lawsuits Say Yes.

Trying to get the government involved in what sort of videos online platforms promote or hide is going to end badly. 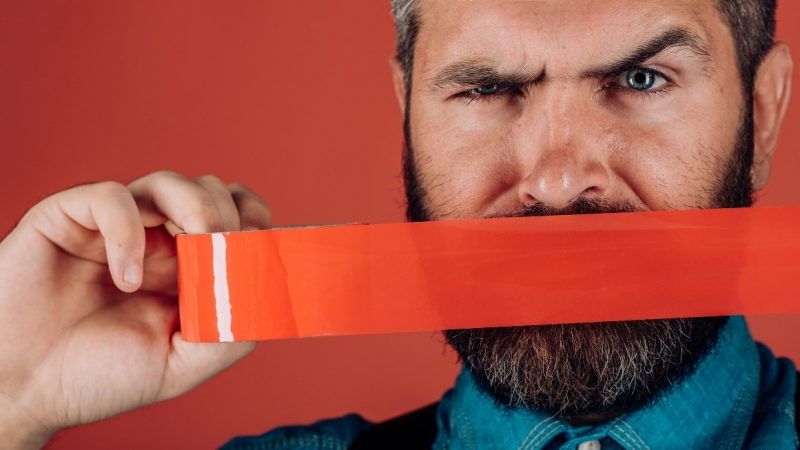 You're not likely to find much overlap in content when comparing the YouTube channels of conservative Prager University, and the LGBT kink educators at Watts the Safeword.

But they do share a belief that YouTube and Google are unfairly discriminating against them and censoring their content, and they're both willing to sue in federal court to put an end to it.

Yesterday, a group of eight LGBT YouTube creators announced a federal class-action lawsuit against Google and YouTube claiming "discrimination, fraud, unfair and deceptive business practices, unlawful restraint of speech, and breach of consumer contract rights" by among other things, demonetizing their videos so that they can't make money off of advertising, putting age restrictions on their videos, excluding their videos from recommendation algorithms, and otherwise making it harder for YouTube viewers to find their stuff and for them to make money off their works. The plaintiffs produced a video (and are hosting it on YouTube) explaining their lawsuit:

It's fascinating how much their complaints mirror those by Prager University, which argues that Google and YouTube discriminate against their content because they're conservatives. In fact, Prager U and these LGBT creators are being represented in their lawsuits by the same firm, Browne George Ross LLP. At their site, Browne George Ross provides a recording of a conversation between one of the plaintiffs, Chris Knight of GlitterBomb TV, and a YouTube advertising representative who told him they wouldn't accept an advertisement for an episode of the show due to "shocking content," which was further explained to mean "gay content." The lawsuit argues that YouTube uses its "restricted mode" not just to block minors from accessing adult content, but to hide away LGBT videos entirely.

The lawsuit, much like the Prager U complaints, leans heavily on the idea that, because YouTube is such a powerful, dominant online hosting system for videos, it's under an obligation to be "viewpoint-neutral," and in fact, YouTube claims that they are indeed viewpoint-neutral in their moderation. From the lawsuit:

LGBTQ+ Plaintiffs understand and support effective, but lawful viewpoint-neutral content-based regulations on the platform. But that is not how these Defendants have been operating YouTube during the relevant time period of this lawsuit. Defendants have brazenly abandoned YouTube's Four Freedoms and hijacked the YouTube Community and the Mission that defines that Community, by continuing to engage in and defend identity, viewpoint, discriminatory, and illegal content-based regulation, distribution and monetization policies that harm YouTube's LGBTQ+ Community and other YouTube Community members. Requests by the LGBTQ+ Plaintiffs to address these allegations and concerns have been made to Defendants, but not only have these requests fallen on deaf ears, but in the past several weeks, they have been the subject of outright false denials by YouTube's CEO.

The "Four Freedoms" referenced above are YouTube's own creation: "Freedom of Expression," "Freedom of Opportunity," "Freedom of Information," and "Freedom to Belong." The plaintiffs claim that the restrictions and censorship YouTube has inflicted on their channels violate the company's own standards.

The lawsuit also argues that YouTube isn't censoring enough when it comes to anti-LGBT speech and hate speech showing up in their channels. The lawsuit complains about advertisements with anti-LGBT speech being placed in front of their videos by YouTube, offending viewers and discouraging them from watching. And the lawsuit further complains about the inability of content creators to effectively police the comments in their channels to weed out hate speech. The lawsuit contends:

The LGBTQ+ Plaintiffs strongly support the right of free Speech and expression for all Community Members. That right does not extend to Defendants' promotion of anti-LGBTQ+ hate speech, speech which also violates Defendants' own purportedly neutral content-based rules—especially when Defendants unlawfully use those rules as pretext to censor, restrain, demonetize, silence, and squelch the engagement and distribution of LGBTQ+ video content or viewership. Such, actions unlawfully interfere with the express rights of LGBTQ+ Community Members to protect themselves by speaking out against hate and homophobia on a level playing field, as provided by Defendants' representations and warranties that the rules apply equally to all on YouTube.

This paragraph seems a bit confusing and muddled. If YouTube were a neutral platform, it wouldn't be censoring anti-LGBT ads or deleting comments that these plaintiffs deem to be "hate speech." The argument seems to be that by censoring their videos, but not the hate speech, they're at a disadvantage.

Of course, there's tons of pro-LGBT video content all over YouTube. I suspect that much like Prager U, they're going to have a hard time convincing the government that Google holds some sort of animus against gay and trans people just like they do conservatives.

That's not to say that there's nothing of merit in any of these complaints, but they really end up being more about contractual obligations than free speech. The lawsuit notes that Knight's company paid YouTube more than $14,000 to place ads and then had to fight regularly with YouTube, which frequently refused to accept their ads for vague and unexplained reasons. But this is an issue of whether or not YouTube is meeting its contractual obligations, not a free speech or censorship issue.

The lawsuit, filed in the United States District Court, Northern Division of California, San Jose Division, seeks class-action status, a cease-and-desist order stopping these practices, damages, a penalty of $2,500 for each violation, and attorneys fees.

They want a jury trial, and without trying to guess at the outcome, I'll note that Prager U has already lost a lawsuit last year over claims like this, as a judge held that YouTube was a private platform and not a "state actor." The judge also said that simply because YouTube expresses values supporting free speech doesn't mean it must structure moderation with the First Amendment in mind.

Prager U has filed a new lawsuit, and Dennis Prager has turned to friendly conservatives in the Senate to try to get the federal government involved in setting rules for online platforms. Billy Binion has previously explained how Prager's analysis that YouTube has some special desire to censor him is misguided, and in reality, his channel's videos end up restricted far less than those of the History Channel, Democracy Now, and The Daily Show.

The reality is that YouTube is providing a hosting platform so large that there are going to be mishaps and confusion in applying its ultimately subjective regulations. This new lawsuit has entire sections devoted to explaining how YouTube restricted a video because of an appearance of a man's bare butt, but did not do so at a more popular channel under the same circumstances. Does that sound more like intentional discrimination against LGBTQ, or the result of well-meaning humans and crude algorithms trying to enforce a shifting set of loosely defined content standards? And if federal lawmakers had their way, how many bare butts and kink explainers do you think you'd see on YouTube?

Prager's lawsuit is completely misguided, and so is this one. If it succeeds, it will likely lead to more censorship on Youtube's platform. Tech companies that host user-generated content will be less vibrant and less diverse if they have to cater to everyone, a category that includes powerful government leaders who have their own ideas about what messages must be allowed and what must be censored.