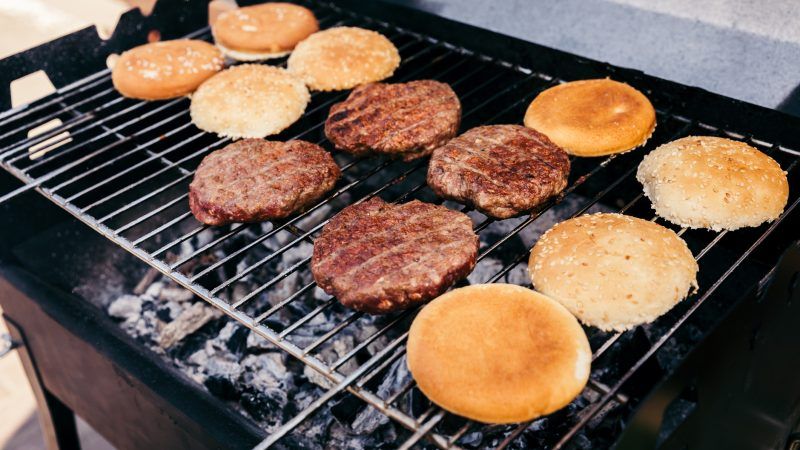 The idea that giving up meat could help prevent climate change is gaining traction in  American media. "Want to Save the Planet? Go Vegan Study Says," a Newsweek headline last year. The study, published in Science, found that "moving from current diets to a diet that excludes animal products has transformative potential," including the reduction of greenhouse gas emissions from food production by half.

This past January, CNN declared, "By filling your plate with plant foods instead of animal foods, you can help save the  planet." Specifically, the cable news operation cited a study in Nature that found that the production of animal products generates about 78 percent of agricultural greenhouse-gas emissions. To take account of the excess greenhouse gases emitted through meat production, the study's lead author Marco Springmann proposed a food tax that would boost the price of beef by 40 percent and increase the price of other meats by 20 percent.

And according to an April 30 New York Times guide answering your questions about food and climate change, people who currently eat a meat-heavy diet could reduce their food-related greenhouse gas emissions by one-third, or more, by moving to a vegetarian diet. Foregoing dairy would reduce those emissions even further.

But before you give up your animal protein of choice, however, consider what Bjorn Lomborg, president of the Copenhagen Consensus Center, has to say in a recent USA Today column.

Lomborg crunched some numbers and argues that the threat of carnivory to the climate is greatly exaggerated. First, he points out that calculations, for the most part, ignore 80 percent of greenhouse emissions that we each contribute to the atmosphere from transportation, heating, lighting, and manufacturing. Count those sources, and the emissions drop from eschewing animal products becomes commensurately smaller. Second, Lomborg notes that the most optimistic figures result from adopting a totally vegan diet, rather than a mere vegetarian one. In addition, spending less money on meat likely means that a consumer would spend more money on other goods and services that result in the higher emissions of greenhouse gases.

Citing a 2015 Swedish study in Ecological Economics, Lomborg concludes that becoming a vegetarian would cut the average person's greenhouse emissions by about 2 percent. He puts this reduction in context: Going vegetarian for the rest of your life would reduce your emissions by the exact same amount as spending a little more than $3 a year to buy cap-and-trade emissions allowances through the Regional Greenhouse Gas Initiative that operates among nine Northeastern states.

So while hectoring meat-eaters will do almost nothing to slow climate change, the demand for dietary sacrifice and culinary hair shirts could well alienate members of the public from considering more effective ways to address future man-made warming.