Another Benefit of Legalizing Hemp: It Makes the War on Weed Harder to Wage 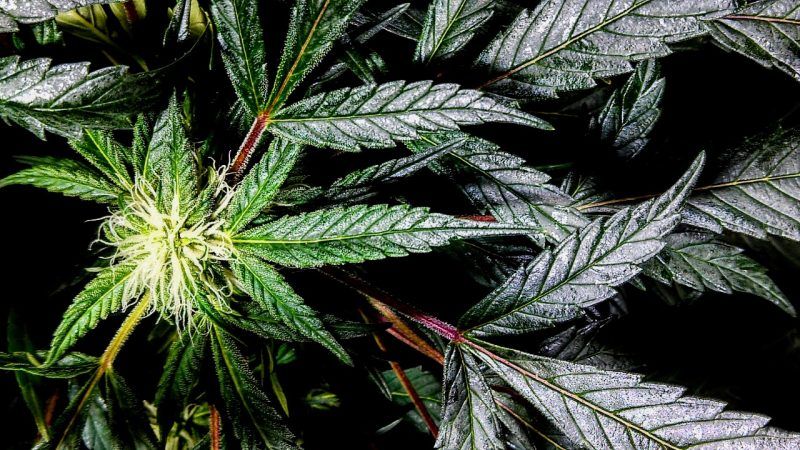 Last month Texas legalized hemp, defined as cannabis that contains 0.3 percent or less THC by weight. That change has created challenges for prosecutors in marijuana cases, since the equipment needed to precisely measure THC content is in short supply. The upshot is frustrating to drug warriors but a nice surprise for opponents of pot prohibition.

On July 2, Harris County District Attorney Kim Ogg, whose jurisdiction includes Houston, the state's biggest city, announced that her office would no longer accept possession cases involving misdemeanor quantities of marijuana (four ounces or less) "without a lab test result proving that the evidence seized has a THC concentration of over .3%." She added that "felony marijuana charges will be evaluated on a case by case basis by our Office" and "in the proper instances, such charges may be taken while lab test results are pending."

The next day, Travis County District Attorney Margaret Moore, whose jurisdiction includes Austin, the state capital, said her office was dismissing 32 felony marijuana cases because of the wrinkle created by hemp legalization. "If we can't prove our case, we need to dismiss," explained Moore, who estimated that the necessary laboratory equipment would cost $185,000 and would not be up and running for eight to 12 months.

Peter Stout, president of the Houston Forensic Science Center, which does testing for law enforcement agencies, told The New York Times he was able to locate just two American laboratories, both privately run, that currently have the capability to distinguish between hemp and marijuana. "Prosecutors would need to pay the labs to run the tests—sometimes hundreds of dollars for each sample—and to testify about the results at trial," the Times reports. "Sending all of the state's suspected marijuana to a small number of labs would likely overwhelm them, prosecutors have said, and would result in severe backlogs."

While critics of the war on weed should welcome this side effect of hemp legalization, Gov. Greg Abbott, Lt. Gov. Dan Patrick, House Speaker Dennis Bonnen, and Attorney General Ken Paxton are not pleased. "Some of you have recently dismissed marijuana possession cases or announced you will not prosecute misdemeanor marijuana possession cases without a lab test," they wrote in a letter to Texas prosecutors last Thursday. "Marijuana has not been decriminalized in Texas, and these actions demonstrate a misunderstanding of how H.B. 1325 [the hemp bill] works. First, a person claiming to transport hemp must have a certificate. Failure to have the required certificate while transporting hemp is a separate crime. Second, lab tests are not required in every case and are more affordable than initial reporting indicated. Failing to enforce marijuana laws cannot be blamed on legislation that did not decriminalize marijuana in Texas."

Among the top prosecutors for the state's 10 most populous counties, The Texas Tribune reports, only El Paso District Attorney Jaime Esparza "has stated definitively that the new hemp law won't affect marijuana prosecution in his office." Esparza said "we weren't even using lab reports" before hemp legalization, suggesting his office relied on circumstantial evidence and the physical resemblance between seized plant matter and marijuana. But it's hard to see how a marijuana case can be proven beyond a reasonable doubt now that two samples of cannabis can look and smell the same even though one is contraband while the other, because of its low THC content, is not.

"Even before the passage of H.B. 1325, companies and labs were already developing THC concentration tests," Abbott et al. wrote. "As more companies enter the testing marketplace, the costs of the tests will certainly decline, and you may weigh which prosecution method is appropriate. In short, lab tests are not always needed, and they are not as costly as some initial reporting indicated."

There would be even less need for such lab tests if Texas legislators came to their senses and decriminalized marijuana use, a change that Moore, the Austin County D.A., favors. But in the race between marijuana reform in Texas and technological innovation in the forensic testing industry, I suspect the latter will win.