Even a majority of Republicans now tell pollsters that the trade war is costing Americans, and there's no easy justification for targeting European cultural goods. 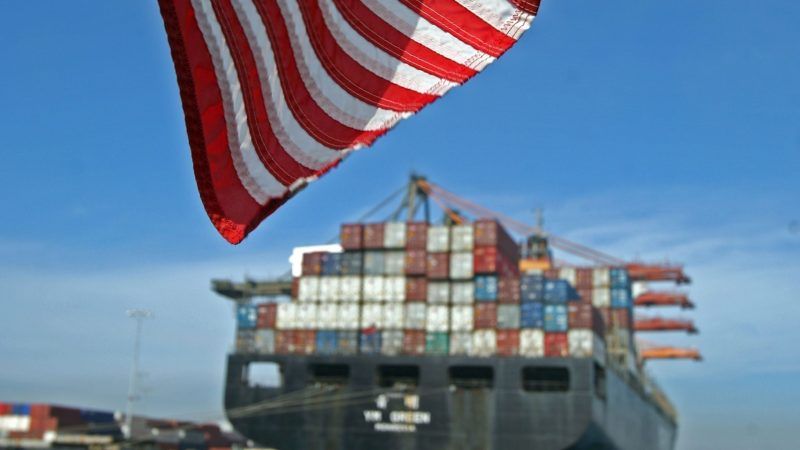 Following through on threats to hit more European imports with tariffs seems unlikely to change the fact that most Americans disagree with President Donald Trump's trade war.

If anything, higher import taxes on items like Scotch whisky, French cheeses, and Italian pasta will only add to domestic opposition to Trump's trade policies. What is the president going to say: that Scotch should be made in America?

On Monday, the Office of the U.S. Trade Representative announced plans to consider tariffs on 89 European-made items worth an estimated $4 billion annually. Those will be added to a list of proposed tariffs on European Union (E.U.) imports that the Trump administration unveiled in April. Together, the two lists represent items worth an estimated $21 billion annually.

This latest U.S.-E.U. trade spat is effectively a fight between Boeing, the American-based airplane manufacturer, and its European-based rival, Airbus. Both are heavily subsidized by their respective governments, and both have been suing one another at the World Trade Organization for years over claims that the other is unfairly helped by that corporate welfare. Trump administration officials have stressed that the Boeing-Airbus fight is wholly separate from the Trump administration's other trade policies, which have included other threats to impose tariffs on European-made goods, including cars.

But none other than Trump himself has conflated the two, tweeting in April that Airbus is one example of how the E.U. has "taken advantage of the United States" and promising that "it will soon stop." For the general public, too, drawing a distinction between the different actions is surely rather difficult. The White House's willingness to turn to tariffs as a magical solution to complex or imaginary problems—from China's theft of intellectual property, to migrants crossing Mexico to reach to the U.S., to the national security risk presented by Toyotas—makes it more difficult to make the case that tariffs are actually justified in a specific situation.

And Americans are growing weary of the trade war, new polling suggests.

A clear majority—53 percent—say Trump's Chinese tariffs will be "bad" for the United States, while only 43 percent believe they will benefit the country.

The poll also found that Republicans, no surprise, are far more likely to believe tariffs will create more domestic jobs (75 percent say they will), while only 14 percent of Democrats agree. Those types of questions used to be far less partisan, but Trump seems to have changed that—although trade policy "continues to rank low among the issues that voters are focused on," the Times notes.

Even so, opposition to tariffs among Democrats and independent voters would seem to be a political liability for Trump. After meetings between Trump and Chinese President Xi Jinping at this week's G-20 summit again failed to result in a trade deal, Trump could face more domestic political scrutiny over policies that have cost consumers and businesses without much to show for it.

Democrats may have a hard time taking advantage of that liability in next year's election, however, because leading candidates like Sens. Bernie Sanders (I–Vt.) and Elizabeth Warren (D–Mass.) support protectionist trade policies too. Warren, in particular, has indicated that she thinks Trump should go further in erecting barriers to trade.

Not all the Democratic presidential candidates share that view, thankfully. In last week's debate, Andrew Yang and Pete Buttigieg made strong, if brief, attacks on Trump's tariffs. "Manufacturers, and especially soy farmers, are hurting. Tariffs are taxes," Buttigieg said before turning to attack what he said was Trump's overblown concern with trade deficits.

Unfortunately, the moderators didn't ask Warren or Sanders any questions on trade. But if polls continue to show that most Americans are opposed to Trump's protectionism, it will provide a political opportunity for Democrats to exploit and good fodder for voters trying to sort out differences among the many, many candidates trying to unseat Trump.

In the meantime, slapping more tariffs on European imports is unlikely to convince Americans that Trump's trade policies are working. Artificially inflating the price of a bottle of Scotch or a hunk of fancy cheese won't bring those jobs to the United States—and setting those tariffs in order to tip the scales toward the corporate welfare hogs at Boeing isn't a great look, either.