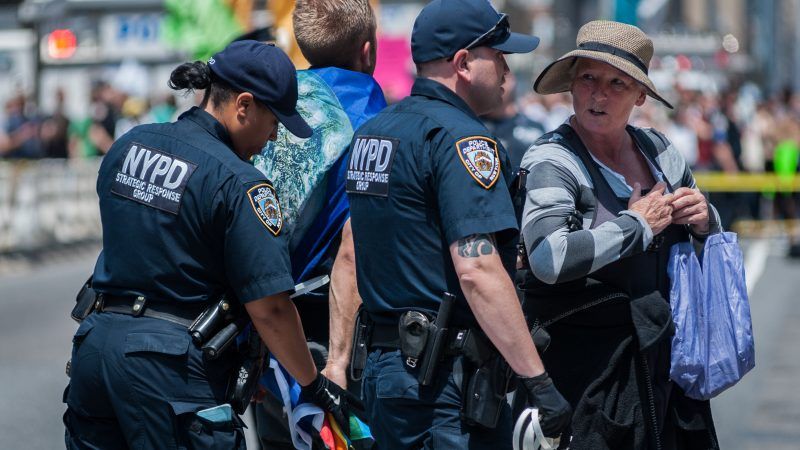 New York City residents have filed nearly 2,500 complaints of biased policing or racial profiling by NYPD officers since 2014, but police investigators did not substantiate a single one of those complaints, according to a report released Wednesday by the Office of Inspector General for the NYPD.

The inspector general report is just the latest finding that the NYPD's system for investigating and disciplining misconduct doesn't work. Earlier this year, an independent panel found that there is a "fundamental and pervasive lack of transparency into the [NYPD's] disciplinary process and about disciplinary outcomes."

In 2014, the NYPD announced after the fallout from its stop-and-frisk program that it would create a distinct category for citizen complaints of bias and racial profiling. Stop-and-frisk subjected tens of thousands of mostly minority New Yorkers to police searches each year.

Since then, there have been 2,495 bias complaints filed against NYPD officers, with every investigation resolving in the accused officer or officers being cleared. "Although low substantiation rates for biased policing complaints exist in other large U.S. cities, NYPD's zero substantiation rate stands out," the inspector general report says.

Although the report concedes the difficulty in proving bias, it says several deficiencies in the NYPD's process for investigating such complaints could be fixed to strengthen the quality of its investigations.

For example, the NYPD does not consider racial slurs, in and of themselves, to be bias incidents. Slurs must be accompanied by additional police action, such as an arrest or use of force, to constitute an actual bias incident.

Second, NYPD investigators would not substantiate bias complaints where the accuser pleaded guilty to a criminal offense, because, as one investigator said, "If you plead guilty, obviously you did it." The report notes that this practice ignores the question of whether bias or racial profiling still occurred. (It also ignores the fact that low-income defendants, facing months in violence-ridden New York City jails and a legal system tilted against them, are incentivized to plead out.)

In 20 percent of the cases reviewed by the inspector general, internal affairs investigators said they could not reach the complainant for an interview. In nearly two dozen cases, NYPD investigators did not conduct required interviews with the accused police officers, despite knowing their identities.

The inspector general recommended the NYPD classify racial slurs and derogatory language as biased policing, require NYPD officers to report incidents of bias that they witness, and improve the written protocols for investigations.

The NYPD has already changed some of its policies, and in a statement in response to the report, the department noted that bias complaints have dropped by a third in the first five months of this year, compared to last year. The department also noted that the inspector general did not identify one case that should have been substantiated.

"Even with the positive changes already made, and the full context of this report, the NYPD knows there is more to do," the department said. "The Department will continue to work with fellow agencies to improve its efforts in line with many of the recommendations contained in the Report."