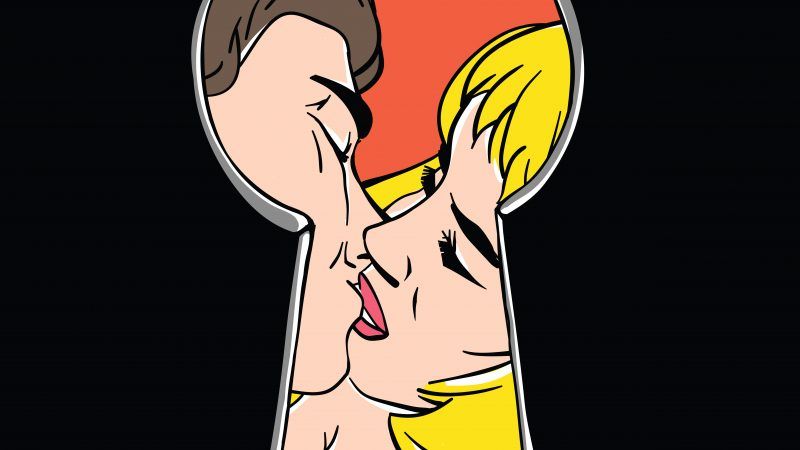 Florida lawmakers just voted to create a public registry of people caught paying or attempting to pay for sex.

After an initial defeat in the Florida House of Representatives, the registry—arguably the worst part of a new Florida crime bill capitalizing on human-trafficking propaganda—was revived and reinserted before the measure's passage in the Florida Senate. The final version, approved last week, creates a database of convicted prostitution customers, targets strip clubs, and mandates that a slew of state workers and businesses jump through new hoops to accommodate a few politicians' latest attempt to get their names in the press.

As the Florida Senate's Committee on Community Affairs stated, the new registry "will collect and centralize information relating to those convicted of soliciting prostitution, regardless of whether the person subject to the solicitation is a victim of human trafficking or not."

The Soliciting for Prostitution Public Database will list anyone who has been convicted of, or plead guilty, to "soliciting, inducing, enticing, or procuring another to commit prostitution, lewdness, or assignation." The legislation specifies that the database should include a person's name, photograph, address, and offense. Listed people who go five years without a subsequent offense could have their names removed.

"This isn't creating a list of bad or dangerous clients; it's just a list of clients who got caught by the police," Kaytlin Bailey of Decriminalize Sex Work told Filter. "It's impossible to tell the good guys from the bad if you lump them all together. Men who pay for sex aren't predators. Predators who pose as clients are. When you make potential clients scared of giving sex workers the information they need to screen, you make it impossible to tell the difference between men who are scared and men who are scary."

The new measure also classifies strip clubs as "adult theaters"—then makes it a first-degree misdemeanor criminal offense for the operator of any adult theater to fail to keep proper records.

In Florida and elsewhere, this training has proven to be anti-prostitution and pro-surveillance propaganda disguised as tips for teaching bystanders how to prevent human trafficking. Officials get to collect fees for the training, or award funding for it to favored law enforcement and activist groups. Making sure businesses comply with training and awareness rules gives government officials a new reason to monitor them.

While it will certainly transfer private money to the state, give bureaucrats something to do, and provide the public with people to gawk at and judge, Florida's "human trafficking" legislation does nothing for victims of actual sex trafficking.