The Future of Marijuana Expungements is Automation

Experiments in California show that the government can quickly and efficiently expunge thousands of marijuana convictions. There's no reason it shouldn't. 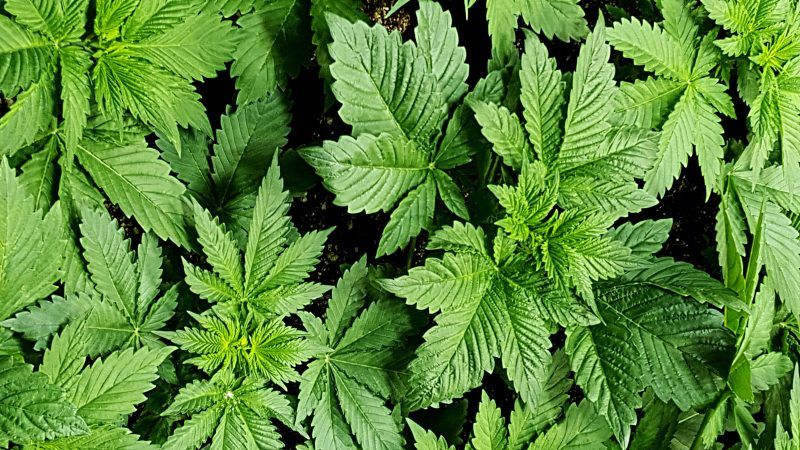 Everyone loves to hate algorithms. Companies mine your data to sell you more dumb tchotchkes. Governments use them to develop secretive and dystopian-sounding "predictive policing" tools.

But in one corner of the country, algorithms are being used to erase the impacts of the war on marijuana and free thousands of people from the stigma of a criminal record.

Around 20 million people have been arrested for marijuana over the past three decades, and as more states legalize or decriminalize pot, a pressing public policy issue has emerged: What should we do with all the people who have criminal records for something an ever-growing portion of the country thinks should be legal? Over the past four years, at least 10 states have passed laws addressing expungement of certain marijuana convictions, according to the National Conference of State Legislatures.

The problem is the mechanism for getting one's marijuana record expunged varies from state to state, and in most places it ranges from burdensome to nearly impossible. Even where the process is supposed to be expedited, it often is reliant on the old government standbys: paper, people, and time.

That's where Code for America, a nonprofit good-government group, came in. It asked a simple question: Why should people have to apply at all when the government already has all the data to determine if they're eligible?

So the organization built an algorithm to automatically identify San Francisco residents eligible for expungements and file for them. The results were stunning. San Francisco officials announced in February that the program resulted in 9,000 expungements for marijuana offenses, and it did it all in minutes.

"On average it takes 15 minutes for an attorney to review just one record," says Evonne Silva, senior program director for Code for America. "The fact that we can review thousands of records in minutes really unlocks the potential for this to apply to other marijuana legalization efforts in other states."

Farther south in the Golden State, Los Angeles County and San Joaquin County recently announced they will launch similar projects with Code for America. Public officials estimate it will result in 54,000 expungements.

"What we've actually seen is that there are public servants who wants to find a different way, because in their day-to-day they see that the process isn't serving constituents," Silva says.

If programs like Code for America's spread, they could have a huge impact on reducing the damage of the drug war on communities and individuals.

A criminal record can have lifelong negative effects, including lost job opportunities—either from state licensing restrictions or skittish employers—loss of the right to vote or own a gun, ineligibility for student loans, and a host of other collateral consequences.

Code for America estimates there are 4,800 legal obstacles that exist for someone with a criminal record in California alone.

"There is no limit to how much you can discriminate against a person with a criminal record," Douglas Berman, a sentencing expert at The Ohio State University's Moritz College of Law, told Reason's Jacob Sullum earlier this year. (If you're looking for a state-by-state breakdown of the expungement process for marijuana convictions, by the way, look no further.)

To see just how revolutionary automated expungements would be, it's instructive to look at the states that are doing a poor job of handling past marijuana convictions.

Alaska, for instance, simply doesn't allow any valid conviction to be sealed or expunged. Anyone in Alaska convicted of a marijuana offense is also barred from participating in the state's legal marijuana industry, locking out the very people harmed by prohibition.

In Colorado and Maine, only misdemeanor marijuana offenses can be expunged leaving those with felony convictions in the lurch. In Massachusetts, Michigan, and Washington, D.C., getting a past marijuana offense sealed can take months and cost thousands of dollars if one hires a lawyer to expedite the process.

The deterrent effect of these barriers is considerable. Silva says that in California, only 3 percent of people eligible to have marijuana convictions expunged had petitioned to do so more than two years after the process first went into place.

Washington Gov. Jay Inslee announced in January that, six years after the state legalized recreational marijuana, his office would create an expedited process to pardon thousands of marijuana offenders without them having to go to court. But while pardons are a powerful tool, they are also dependent on the whims of the current executive.

The experiments in automated expungements currently going on in San Francisco and Los Angeles should become the standard for the rest of the states where marijuana has been legalized. The government branded millions of people as criminals for marijuana, but the tools developed by Code for America show it can quickly and efficiently reverse that decision, if it wants to.