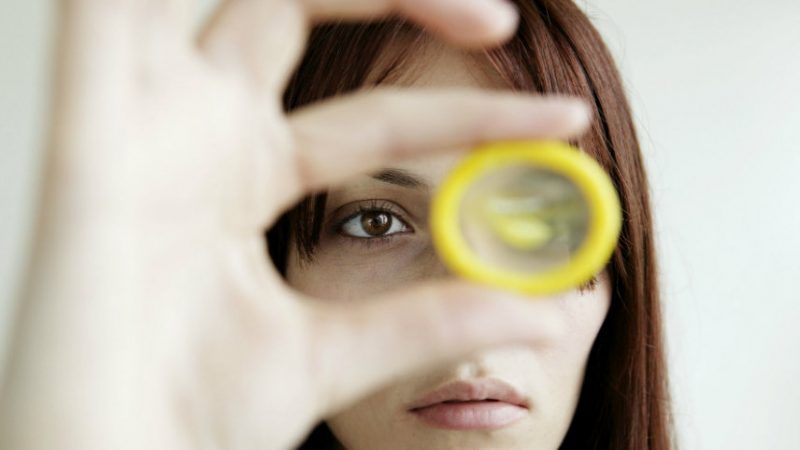 In recent weeks, prominent Democrats have cheered the banning of conspiracy theorist Alex Jones from social platforms and have floated proposals for regulating the dissemination of foreign ads and "fake news." At the same time, they have gleefully spread conspiracy theories and falsehoods about Supreme Court nominee Brett Kavanaugh.

The latest lunacy comes courtesy of none other than Hillary Clinton, who today tweeted out talking points popularized by Sen. Kamala Harris (D-Calif.)—talking points that mainstream and nonpartisan factcheckers have labeled false.

Harris had shared a video clip in which Kavanaugh appears to refer to birth control pills as "abortion-inducing drugs." The video was edited to elide the part that makes it clear that Kavanaugh was not expressing his own views but was describing the position taken by the plaintiffs in a case he had ruled on. Harris—and now Clinton—used this as supposed evidence that Kavanaugh is a zealot who wants to ban birth control.

Kavanaugh's own words on the issue not only include no such indication but also recognize a "compelling interest" in ensuring access to birth control. Kavanaugh has also written that while society should accomodate religious objections to participating in the provision of contraception, those religious beliefs could not be used to justify restricting the actions of others.

Yet no amount of plain evidence can counter the "dog whistles" that Democrats think (or pretend to think) they're hearing.

"Kavanaugh didn't use [the term "abortion-inducting drugs"] because he misunderstands the basic science of birth control," said Clinton—so far, so good. But rather than explain that Kavanaugh was using the language of the plaintiffs in the case he had specifically been asked about, Clinton claims he used the term "because it's a dog whistle to the extreme right," signalling that "legal abortion isn't the only fundamental reproductive right at grave risk if he is confirmed. Access to birth control is, too." From there, Clinton conjures an imminent world where doctors are criminalized for providing birth control pills.

We saw the same mysticism on display at the start of the Kavanaugh confirmation hearings last week, when his assistant's resting hand position and use of what appeared to be the "OK" symbol had prominent progressives seriously warning that Kavanaugh was beholden to white supremacists. (A 4chan prank from 2017 has turned the innocent hand gesture suspect.)

Just yesterday, the progressive outlet Think Progress was outraged that the push to censor "fake news" on Facebook had netted their content—even though the headline of said content referenced Kavanaugh statements that do not exist. The headline claimed that Kavanaugh "said he would kill Roe v. Wade" but "almost no one noticed." No one noticed, of course, because he didn't actually say that, or anything like it. And no amount of reading into his comments on legal precedent can justify claiming someone said something when they did not.

Depending on your perspective, all this may seem infuriating, amusing, or just like business as usual. But it's certainly bad for the reality-based dialogue, the "civility," and the transparency that Democrats claim to want, and that they slag Republicans for failing to uphold. If politics is turning into a toxic sludge of disinformation and paranoia, both major parties share the blame.

There are enough concrete things in Kavanaugh's record to be wary of—and plenty of people in federal government gearing up to erode women's equality, consumer choice, and the rights and power of minorities—without invoking Margaret Atwood novels or the Illuminati. But conspiracy theories and propaganda seem to sell, and to bring in donations, better than mere facts can, so Democrats are choosing to wallow in this disgusting swamp right alongside their #MAGA counterparts.