Did the settlement with the distributor of home gun-making hardware and software remove computer files from the United States Munitions List or just temporarily stop treating them as affected munitions? 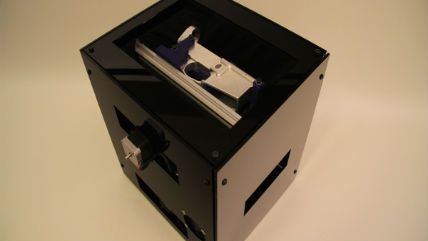 As of Tuesday, Defense Distributed, a company dedicated to distributing software and hardware to help people make guns at home, has been under a temporary restraining order (TRO) issued by Judge Robert Lasnik of the U.S. District Court for the Western District of Washington. The TRO requires the company to behave as if a settlement agreement it reached after many years of legal wrangling with the federal government never happened, meaning it has to stop distributing software that can help people make guns at home using 3D printers or CNC mills.

Defense Distributed believed its long court fight for legal permission to distribute those files, which company founder Cody Wilson and his legal team view as constitutionally protected speech no different from a printed book or manual containing gun-making directions, was over when the federal government settled. While the government never conceded any constitutional problems with its ban on Defense Distributed's files, the settlement explicitly allowed the company (and all Americans) to "access, discuss, use, reproduce or otherwise benefit from the technical data."

Judge Lasnik suspended that agreement in response to a lawsuit by eight states and the District of Columbia. Defense Distributed promptly obeyed the TRO, although the files are already all over the internet for anyone who wants them.

According to the TRO, the states were "seeking a declaration that the 'temporary modification' of the USML is invalid and an injunction requiring the federal defendants to rescind the procedurally defective modification and refrain from acting on it." The USML is the United States Munitions List, which defines which items are affected by the Arms Export Control Act (AECA), the law that was used to stop Defense Distributed from uploading its software.

The settlement's impact on the USML is one of the key issues that led Lasnik to issue the TRO:

Plaintiffs have shown a likelihood of success on the merits of their Administrative Procedure Act claim insofar as the "temporary modification" has resulted in the removal of one or more items from the USML. The federal government represents that its settlement was the result of a multi-year review process which was completed in May 2018 and resulted in a determination that the type of firearms and related technical data at issue here would not provide a military advantage to adversaries and therefore no longer warrant export control under the AECA and should be removed from the USML.

In such circumstances, the governing statute, 22 U.S.C. §2778(f)(1), requires that the results of such reviews be reported to Congress and precludes the removal of any item from the USML until thirty days after such notice is given.

In a brief opposing the request on the states' part for the TRO, Josh Blackman, one of Defense Distributed's lawyers, argues that Lasnik's description of the settlement is wrong:

The Settlement Agreement does not require the removal of anything from the USML…Section 1(a) of the agreement only requires that the State Department commit to draft and fully pursue removal of the technical data at issue in this action from the USML, "to the extent authorized by law (including the Administrative Procedure Act)." The proposed rule explained that the government was expressly complying with the requirements of the notice-and-comment rulemaking process, even though it determined that it was not required to do so….

The government engaged in a sterling rulemaking process, and more than adequately justified its agency action—the action is certainly not "arbitrary and capricious." In any event, even if the State Department removed the subject technical data from the USML—it didn't—the AECA expressly, clearly, and unequivocally precludes judicial review of such decisions:

"(h) Judicial review of designation of items as defense articles or services
The designation by the President (or by an official to whom the President's functions under subsection (a) have been duly delegated), in regulations issued under this section, of items as defense articles or defense services for purposes of this section shall not be subject to judicial review. 22 U.S.C. § 2778(h)."

The Plaintiffs contend that this provision is irrelevant because "the States are not challenging the federal defendants' designation of the computer code at issue as defense articles, but instead their decision to remove the code from the USML." We cannot repeat this point enough: Nothing has been removed from the USML! The rule is only in its proposed form.

In short, while the plaintiffs and the judge are acting as if the settlement removed the gun-making files from the USML, Blackman says the government only temporarily stopped treating them as if they were on the USML. It's a subtle point that Lasnik may well reject at the next hearing in the case on August 10. The judge might reason that treating the files as if they are not on the USML is tantamount to removing them from the list.

But as Blackman sees things, the plaintiffs have no reason to believe the State Department will not go through all the legal requirements before officially amending the USML. Only if they fail to do so down the line would they have a legitimate procedural complaint.

That said, that arcane dispute about the niggling specifics of administrative law is far removed from the very important constitutional issues raised by the TRO. As Blackman notes, the TRO imposes "a prior restraint of constitutionally protected speech that is already in the public domain" yet Lasnik's order does not so much as mention the First Amendment.