Unlike the man who nominated him, Brett Kavanaugh understands the importance of an independent judiciary. 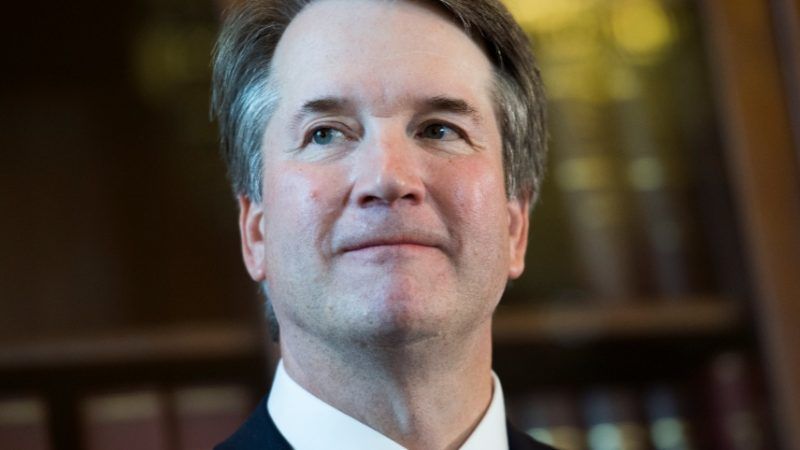 Upon being nominated to the Supreme Court, Brett Kavanaugh said he had "witnessed firsthand" Donald Trump's "appreciation for the vital role of the American judiciary." That claim raised some eyebrows, given the president's tendency to question the authority of judges who reach conclusions he does not like.

Kavanaugh, by contrast, clearly understands the importance of an independent judiciary as a check on the other branches of government. His readiness to perform that function as a judge on the U.S. Court of Appeals for the D.C. Circuit is reassuring, especially since the man who picked him for the Supreme Court seems to know little and care less about the legal principles that protect liberty and thwart tyranny.

One of those principles is the presumption that people should not be convicted of crimes they did not realize they were committing. Based on that presumption, Kavanaugh dissented from a 2012 decision upholding a bank robber's conviction for carrying a machine gun in the course of a violent crime.

"The majority opinion holds that a person who committed a robbery while carrying an automatic gun—but who genuinely thought the gun was semi-automatic—is still subject to the 30-year mandatory minimum sentence," he wrote. "The majority opinion thus gives an extra 20 years of mandatory imprisonment to a criminal defendant based on a fact the defendant did not know."

That same year, Kavanaugh wrote the majority opinion that overturned a military commission's conviction of Salim Hamdan, Osama bin Laden's driver, for providing material support to terrorism. Because "the relevant statute at the time of Hamdan's conduct…did not proscribe material support for terrorism as a war crime," Kavanaugh explained, the case amounted to retroactive prosecution.

I doubt that Donald Trump, who is not keen on due process or other legal niceties, understands the importance of the principles that might lead a judge to side with a bank robber or a member of Al Qaeda. I'm glad that Kavanaugh does.

Trump, who wants to jail flag burners, yank licenses from annoying broadcasters, and loosen libel rules so he can sue his critics into submission, shows little appreciation for freedom of speech. Not so Kavanaugh, who last year highlighted the First Amendment issues raised by the Federal Communications Commission's "net neutrality" rule and in 2009 sided with the abortion rights group Emily's List when it challenged Federal Election Commission regulations that made it harder to raise money for political advocacy.

Kavanaugh's broader critique of excessive deference to administrative agencies also should be music to the ears of anyone who worries about an overweening executive branch. In a 2016 Harvard Law Review article, Kavanaugh called the doctrine favoring agency interpretations of "ambiguous" statutes "an atextual invention" that amounts to "a judicially orchestrated shift of power from Congress to the Executive Branch."

Such deference also shifts power away from judges, who instead of settling on the best interpretation of the law are supposed to accept any "reasonable" reading that an agency offers as an excuse for its assertion of power. That expectation, Kavanaugh observed, "encourages the Executive Branch (whichever party controls it) to be extremely aggressive in seeking to squeeze its policy goals into ill-fitting statutory authorizations and restraints."

Kavanaugh's respect for legislators' prerogatives does not mean he is shy about checking them when they overstep their constitutional limits. In 2011 he dissented from a decision upholding the District of Columbia's "haphazard" ban on an arbitrary subset of semi-automatic rifles, which he correctly recognized as a violation of the same Second Amendment right that protects possession of handguns.

While I would prefer a justice who is more inclined to question fishy police searches, Kavanaugh, like Neil Gorsuch, is far from the reflexive authoritarian that Trump's opponents might have expected him to favor. The president's manifest lack of interest in constitutional law, to the extent that it encourages him to rely on guidance from people with better instincts, has proven to be a blessing in disguise.