An Overdose Is Not a Murder

Treating opioid-related deaths as homicides is unjust and may deter bystanders from seeking help. 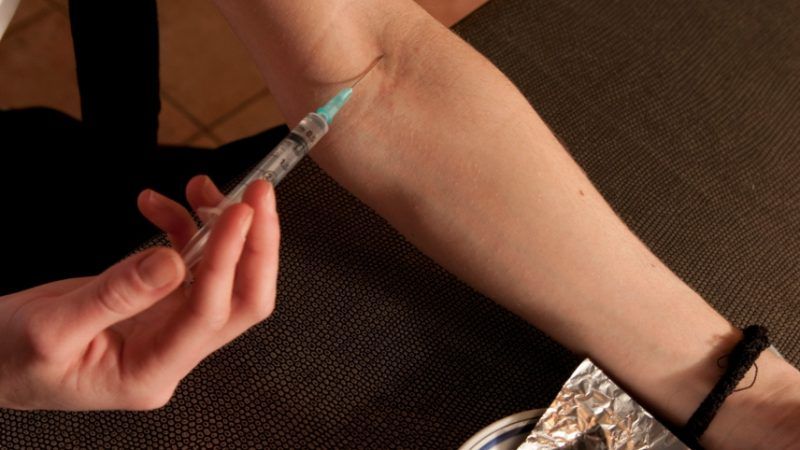 A couple of years ago at a motel in Columbus, a young woman shared a bag of heroin with her father. Both of them nodded off. Because she woke up and he did not, she was sentenced to three years in prison for involuntary manslaughter.

That arbitrary outcome encapsulates the senseless cruelty of a strategy that in recent years has gained favor among prosecutors across the country: treating opioid-related deaths as homicides, regardless of intent. The resulting prosecutions not only are manifestly unjust but could make fatal overdoses more likely by discouraging bystanders from seeking help.

A recent New York Times investigation identified more than 1,000 arrests or prosecutions related to accidental opioid deaths in 15 states from 2015 through 2017, a period when the annual number of cases almost doubled. According to a 2017 report from the Drug Policy Alliance (DPA), annual press mentions of such prosecutions more than tripled between 2011 and 2016, from 363 to 1,178. DPA found examples in all but four states.

Although legislators and prosecutors may portray such cases as a way to punish callous, death-dealing drug traffickers, the defendant is usually someone close to the decedent. As a practical matter, that makes sense, because the higher up you go in the distribution chain, the harder it is to prove a connection between the defendant and a particular consumer.

The upshot is that a defendant's role in "distributing" a drug may be limited to buying it for someone else, arranging a purchase, or sharing a stash. When money changes hands, the dealers are often selling just enough to finance their own habits.

Looking at cases in Pennsylvania during the first half of 2017, the Times found that three-quarters of the defendants were themselves drug users. Last year WITI, the Fox station in Milwaukee, reviewed the 100 most recent prosecutions for drug-induced homicide in Wisconsin and found that "just 11 defendants were higher-level drug dealers," while the rest were friends, relatives, or "low-level street dealers."

A woman in Minnesota got four years for sharing a fentanyl patch with her fiancé. A New York woman got six years for mailing a friend some heroin at his request while he was on a business trip in Chicago. A Louisiana man got a life sentence for using heroin with his girlfriend.

"Many law enforcement officers hope that the cases act as a deterrent," the Times notes. But it may not be the kind of deterrent they have in mind.

Because prompt medical attention is crucial in saving people from potentially fatal opioid overdoses, 40 states and the District Columbia have enacted "911 Good Samaritan" laws that shield bystanders from some drug-related charges when they call for help. But those laws do not apply to homicide charges.

A 2002 analysis of drug-induced homicide prosecutions in New Jersey found that most of the defendants were friends of the decedents and "in some cases the people who sought emergency care for them." A Minnesota woman is serving a six-year prison sentence because she let her husband take methadone prescribed for her, even though she called 911 and tried to save his life. A woman who was charged with drug-induced homicide in Illinois because she helped her husband buy heroin was the person who called 911 when he overdosed.

"The most common reason people cite for not calling 911 in the event of an overdose is fear of police involvement," DPA's LaSalle notes. "The only behavior that is deterred by drug-induced homicide prosecutions is the seeking of life-saving medical assistance."