Larry Kudlow Is a Big Upgrade for Trump's White House 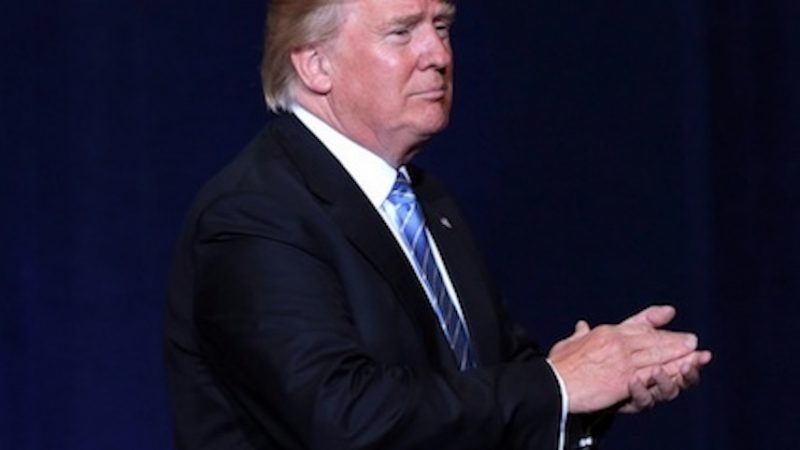 President Donald Trump will reportedly name Larry Kudlow head of the White House National Economic Council. For fans of pro-growth policies—deregulation, low taxation, and open trade—it's great news for obvious reasons. Kudlow has been a decades-long champion of these ideas, and those with coherent philosophies tend to offer some stability and continuity. This administration could use more of those things, not less.

Kudlow is also a noticeable upgrade over the outgoing Gary Cohn, not only because he has been a far more consistent voice for free markets—Cohn's support of carbon tax and a value added tax, and rumored moderating disposition on tax reform were all worrisome clues—but also because the syndicated columnist and former TV host is better equipped to sell those ideas to the public and lawmakers.

Kudlow, it's been reported, also played a role in persuading senators to support tax reform despite the intense political opposition, and hysterical warnings about the bill's homicidal intent and supposed enduring unpopularity. His problem with the Trump tax bill was that it wasn't cut enough on the individual side.

Of course, the hardest sell might be the president himself. "We don't agree on everything, but in this case I think that's good," Trump said of Kudlow this week. "I want to have a divergent opinion. We agree on most. He now has come around to believing in tariffs as a negotiating point." Trump hired Kudlow even though he co-wrote a piece for National Review only two weeks ago arguing that imposing tariffs on steel and aluminum imports is tantamount to imposing sanctions on your own country—"a crisis of logic." Kudlow, a former White House budget aide for President Ronald Reagan, has long held positions on NAFTA and trade in general that are diametrically opposed to the president's, which undermines the idea that Trump is rigidly opposed to any dissent within the administration.

And if tariffs are indeed merely a "negotiating point," that's good news.

While Kudlow immediately restores some balance in a White House that has picked up the protectionist rhetoric lately, it's highly unlikely that the propelling idea of Trump's electoral success will be shelved simply because he tapped a new adviser, no matter how convincing or compelling his arguments might be. It's worth considering, however, that Kudlow might mitigate some of the worst inclinations of the protectionist wing. Certainly, his presence doesn't hurt.

It's worth noting that tariffs, though important, aren't everything. And on most issues, Trump has displayed a surprisingly traditional fiscal conservatism. Cohn, it seems, would have been much more liable to push Trump toward acquiescing on economic issues in pursuit of deals.

So, the hardest hits by the news have been liberal pundits who are, despite all the talk of the Trumpocalypse, far more predisposed to being fans of the president's big-government inclinations than that of old-school fiscal conservatism. Many liberal columnists have already lined up to point out that Kudlow has made some bad predictions in the past. It's worth remembering that this puts him on par with just about every other economist who's ever appeared on TV or written a column or worked for government. Kudlow's rosy predictions seem predicated on an optimistic view that fails to consider the unpredictability of markets and world events. Economists—all of them—should stop trying to be seers.

The idea that anyone who's failed to forecast a recession but been right about the big ideas should be disqualified from a job in Washington seems to be reserved exclusively for fiscal conservatives. And watching the agitated reaction from proponents of high taxes and highly regulated top-down economics should imbue conservatives with optimism that Trump has made the right choice.