The justices have passed up one opportunity after another to clarify the boundaries of the constitutional right to arms. 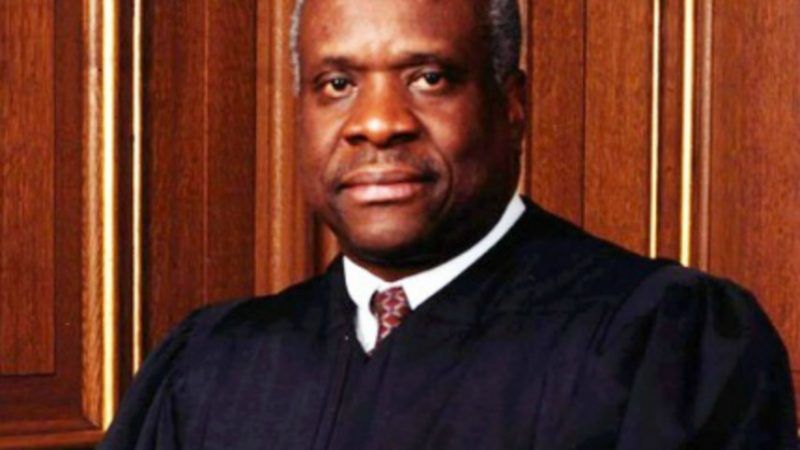 This month's mass shooting at a high school in Florida has predictably provoked demands for new restrictions on guns, most of which are dubious on practical grounds, constitutional grounds, or both. But while logic and experience can help us figure out which measures are likely to be effective, the debate about which ones are consistent with the Second Amendment occurs in a shadowland only partly illuminated by the Supreme Court.

In the decade since the Court officially recognized the individual right to armed self-defense, it has passed up one opportunity after another to clarify the boundaries of that right. "The right to keep and bear arms is apparently this Court's constitutional orphan," Justice Clarence Thomas observed last week as the Court declined to hear yet another Second Amendment case.

That case involved California's 10-day waiting period for buying firearms, which applies even when state and federal background checks take less time and even when the buyer has previously been cleared and already owns a gun. In 2014 a federal judge ruled that the waiting period violates the Second Amendment rights of people who are buying additional firearms or who hold concealed-carry licenses.

When the U.S. Court of Appeals for the 9th Circuit overturned that decision in 2016, Thomas noted, "it did so without requiring California to submit relevant evidence, without addressing petitioners' arguments to the contrary, and without ac­knowledging the District Court's factual findings." That highly deferential approach, he said, was clearly inappropriate for an enumerated constitutional right and inconsistent with the Court's Second Amendment precedents.

Thomas suggested that his colleagues would have been keen to correct such a blatant error if the case had implicated a different amendment. "Our continued refusal to hear Second Amendment cases only enables this kind of defiance," he wrote.

It was not the first time Thomas had complained about the Court's neglect of the Second Amendment. Last year he and Justice Neil Gorsuch strenuously objected when the Court declined to review a 9th Circuit decision upholding California's requirement that concealed-carry licenses be issued only for "good cause," which gives local officials broad discretion to reject applicants.

Thomas called the 9th Circuit's focus on concealed guns, as opposed to the more general right to armed self-defense outside the home, "untenable" and "indefensible." He noted that the Second Amendment protects the right to "bear" as well as "keep" weapons, adding, "I find it extremely improbable that the Framers understood the Second Amendment to protect little more than carrying a gun from the bedroom to the kitchen."

In 2015 Thomas was similarly skeptical of the idea that guns arbitrarily identified as "assault weapons" are beyond the scope of the Second Amendment. He wrote that the Court should have reviewed a decision in which the U.S. Court of Appeals for the 7th Circuit upheld an "assault weapon" ban imposed by the city of Highland Park, Illinois, which covered "many of the most commonly owned semiautomatic firearms."

The Supreme Court's 2008 decision overturning the District of Columbia's handgun ban made it clear, Thomas said, that the Second Amendment encompasses "firearms that millions of Americans commonly own for lawful purposes." Yet the 7th Circuit upheld Highland Park's ban based on little more than "speculation about the law's potential policy benefits," including the possibility that it "may increase the public's sense of safety."

The illusion of safety is the main thing such laws have to offer, since they target features that make guns look scarier without making them more lethal. "If a broad ban on firearms can be upheld based on conjecture that the public might feel safer (while being no safer at all)," Thomas observed, "then the Second Amendment guar­antees nothing."

Given the recent agitation for a new federal ban on so-called assault weapons, Thomas's warning is as relevant as ever. But the courts will not be compelled to act on it until his colleagues stop treating the right to arms as a constitutional orphan.