That Time the LaRouchies Won Two Primaries in Illinois

Friday A/V Club: Before there was Arthur Jones, there was Mark Fairchild. 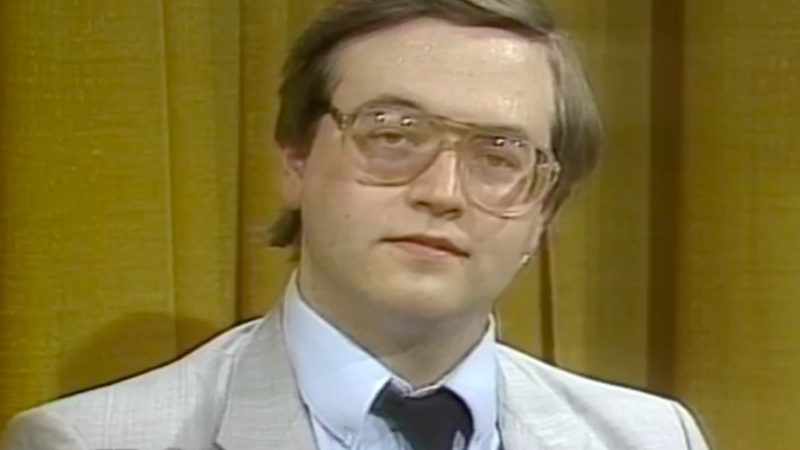 Arthur Jones, a man whose career includes a long stint in the National Socialist White People's Party, is on track to win the Republican nomination next month in Illinois' 3rd Congressional District. When this story first started attracting attention, some people added it to their list of signs that bigots are newly "emboldened" in the Trump era. But on closer examination, it turned out to be more of a sign that the Democrats have a stranglehold on the 3rd District: Jones is a perennial fringe candidate, and the only reason the old Nazi looks likely to actually win a primary this time is because he's the only candidate on the Republican side who bothered to sign up. That's the kind of thing that can happen in a race that one party is sure to lose.

But this post isn't about Jones. It's about the déjà vu this story is giving me. It was in the same state, 32 years ago, that two followers of the proto-fascist crank Lyndon LaRouche managed to win the Democratic nominations for lieutenant governor and secretary of state. That time there were some other candidates on the primary ballot—George Sangmeister and Aurelia Pucinski, respectively. When Mark Fairchild and Janice Hart beat them, the most widespread theory had it that they won by having less "ethnic" names.

Below you'll find a 1986 C-Span interview with Fairchild, the would-be lieutenant governor. Asked at the beginning if LaRouche runs an "anti-Semitic, hate-filled, neo-Nazi organization," Fairchild, who was 28 at the time, describes the charge as "pretty heavy-duty stuff" and denies it. He then goes on to discuss his platform, which among other things included quarantining AIDS patients and using the military to fight the war on drugs. The talk also turns to some of LaRouche's trademark conspiracy theories, including the notions that Henry Kissinger is secretly gay, that Walter Mondale is a KGB agent, and that the queen of England is a drug dealer.

But the best moment comes at 51:20, when a caller reads a passage from the LaRouchie book Dope, Inc.:

In the late 1940s, University of Chicago professor Milton Friedman was installed as President of the Gold Seal Liquor Company—the original Capone enterprise. Friedman soon also assumed the presidency of the Illinois Liquor Dealers Association—a position from which he no doubt carried out his first experiments in "free market economics."

The Republicans wound up crushing the LaRouche Democrats. Meanwhile, Adlai Stevenson III, who had been set to be the Democratic nominee for governor, instead created a third party—the Solidarity Party—rather than share a ticket with Fairchild and Hart.

The punchline: After Stevenson returned to the Democrats, the Solidarity Party and its ballot line were seized by a group whose cultist reputation rivaled the LaRouchies'—the New Alliance Party. And the New Alliance Party had been created by one Fred Newman, a former ally of a fellow named Lyndon LaRouche.

Here is the full C-Span interview:

(For past editions of the Friday A/V Club, go here. Dope, Inc. was co-authored by David Goldman, who after leaving the LaRouche movement started blogging under the name "Spengler"; to see what he's up to these days, go here.)