Governments have gone to great effort to keep the sources and methods of their death penalty regimes secret. 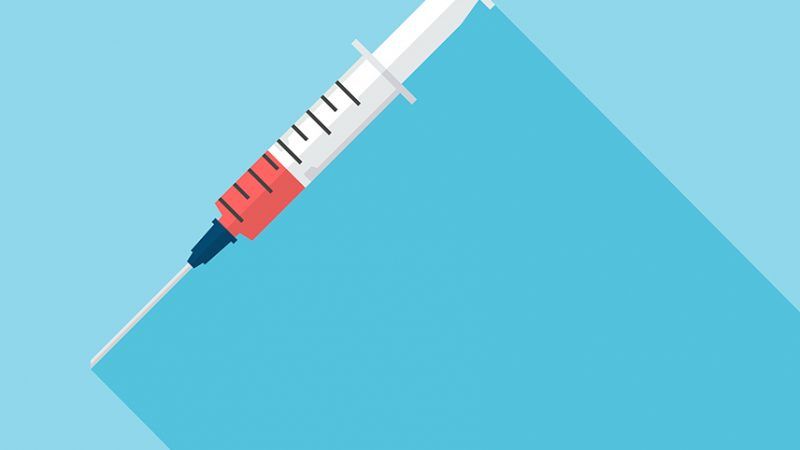 In November, the Omaha World-Herald sent a simple records request to the Nebraska state government. Along with several other news outlets, the paper wanted to know the source of the drugs to be used in an upcoming execution—the first in the state in more than 20 years.

In the past the Nebraska Department of Corrections would have provided this information, but now it refused. Officials there insisted that the supplier of the drugs the state intended to use, in the name of its citizens, to sedate, paralyze, and stop the beating heart of an inmate were exempt from Nebraska's public record law.

In December the Nebraska chapter of the American Civil Liberties Union (ACLU) sued to challenge the denial.

Nebraska is just the latest state to decide the executioner's black hood of anonymity also covers the pharmacies that mix the deadly compounds used to kill prisoners. As lethal injection drugs have become scarcer and more difficult to obtain, governments have gone to great effort to keep the sources and methods of their death penalty regimes secret. The information that has trickled out through the dogged work of investigative journalists reveals that these states have turned to untraceable cash transactions, unregulated pharmacies, and overseas scammers to buy drugs to fill the veins of condemned inmates. They have even resorted to experimental combinations of drugs, in several cases leading to botched executions.

In 2016, Virginia passed a law shielding the identities of the pharmacies that provide its death penalty drugs. Its next execution lasted 48 minutes—half an hour longer than officials expected—after the condemned inmate was first injected with Midazolam, a controversial sedative that many states turned to after the European Union banned exports of sodium thiopental in 2011.

Fourteen other states have similar secrecy laws. Officials argue such secrecy keeps the flow of necessary drugs unimpeded—but it also leaves death row inmates, their lawyers, the press, and the public in the dark about how governments are wielding the gravest of their powers. Oklahoma once went so far to avoid leaving a paper trail that a state official drove across state lines and purchased execution drugs from a pharmacy using petty cash, essentially acting as a drug mule.

Other states have looked overseas to solve their death penalty problems. A series of BuzzFeed News investigations revealed that at least three states paid Harris Pharma, a mysterious company in India run by a man with no pharmaceutical background, to ship sodium thiopental to them, despite a U.S. Food and Drug Administration (FDA) ban on importing the drug.

Nebraska ordered $54,000 worth of the stuff from Harris—enough to perform 300 executions. The FDA intercepted the shipment, leaving Nebraska taxpayers on the hook.

In a press release, ACLU of Nebraska Legal Director Amy Miller says the group's lawsuit "lays out Nebraska's shady history of backroom deals and attempts to circumvent federal law to obtain lethal injection drugs. In recent years, Nebraska taxpayers have spent over $54,000 to obtain drugs that have never been used and taxpayers' dollars still have not been refunded."

Because of the difficulty of getting Midazolam and sodium thiopental, and because of those products' unreliability, states are now tinkering with other drug combinations. Nebraska is currently planning to execute inmates with a never-before-tried mix of four drugs: diazepam (more commonly known as Valium), potassium chloride, cisatracurium besylate (a paralytic), and fentanyl citrate. That's right, fentanyl: the same super-strong synthetic opioid responsible for a wave of fatal overdoses over the past several years. Nevada also wants to use the substance in its upcoming executions.

Although lethal injection is touted as a humane alternative to the electric chair or gas chamber, it may be impossible to know if an inmate is suffering during the process. Because Nevada and Nebraska's four-drug cocktail includes a paralytic, an inmate could remain conscious or regain consciousness during the execution without giving any outward sign, forced to slowly suffocate while potassium chloride burns through his or her veins. That's why the American College of Veterinarians forbids the use of paralytics when euthanizing animals.

Prison officials have no such qualms about condemned human beings. But the American people should. The secrecy surrounding the U.S. death penalty regime, and states' penchant for experimenting with what Supreme Court Justice Harry Blackmun once famously called "the machinery of death," is a ghoulish farce masquerading as an enlightened alternative to a bullet or a hangman's noose.