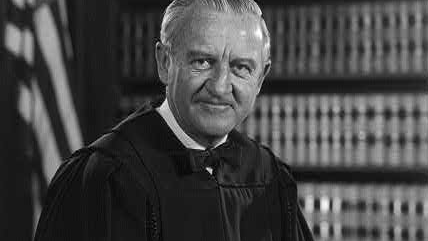 What gives the federal government the authority to target legal state pot? The answer is not the Constitution. This federal power grab is the product of two awful Supreme Court precedents.

In 1942 the federal government brought sanctions against an Ohio farmer named Roscoe Filburn. His crime? He grew twice the amount of wheat that he was permitted to grow under the terms of the Agricultural Adjustment Act of 1938. That sweeping federal law, ostensibly passed as part of Congress's power to regulate interstate commerce, sought to raise agricultural prices by limiting the supply of crops.

Filburn defended himself from the feds by pointing out that his extra wheat never once entered the stream of interstate commerce. In fact, he noted, that extra wheat never even left his Ohio farm. He used it to feed his livestock and to make flour for use in his family's kitchen.

But the Supreme Court ruled against him on Commerce Clause grounds anyway. Filburn's extra wheat may not have crossed state lines, the Court conceded in Wickard v. Filburn, but it still had a "substantial economic effect" on the interstate wheat market. As a result, Congress had every right to regulate Filburn and other farmers in this manner.

Six decades later, in the case of Gonzales v. Raich (2005), the Supreme Court applied and extended the Filburn precedent by upholding the federal ban on marijuana, even as applied to plants that were cultivated and consumed by patients for their own doctor-prescribed use in states where medical cannabis was perfectly legal. "The [Controlled Substances Act] is a valid exercise of federal power," declared the majority opinion of Justice John Paul Stevens, "even as applied to the troubling facts of this case."

Writing in dissent, Justice Clarence Thomas spelled out the disastrous impact of the Wickard/Raich doctrine in plain English: "By holding that Congress may regulate activity that is neither interstate nor commerce under the Interstate Commerce Clause, the Court abandons any attempt to enforce the Constitution's limits on federal power."

Which brings us back to Jeff Sessions. If the attorney general follows through on his threats to unleash the federal government against legal state marijuana, make sure you reserve a portion of your outrage for the lousy SCOTUS decisions that empowered the feds in the first place.