Smuggling some Kinder Surprise Eggs into America could still earn you a fine of $2,500 per chocolate egg. 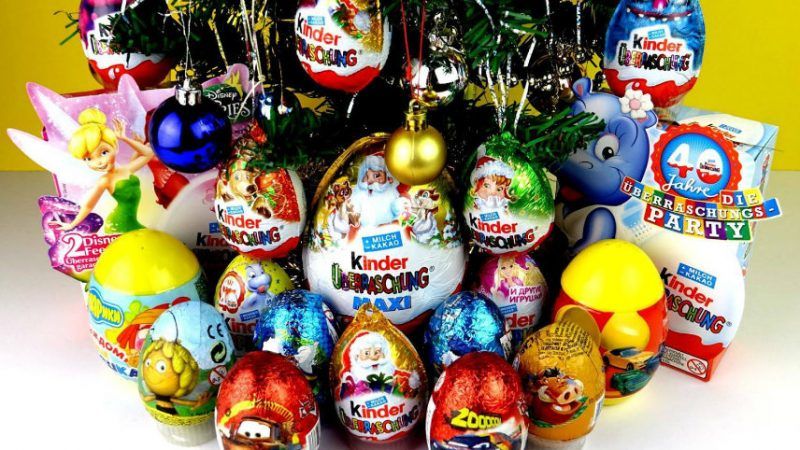 Objectively speaking, Kinder Eggs are not particularly good candy. But with chocolate halves breaking open to reveal a tiny toy prize inside, Kinder Eggs are cool, from a kid's perspective. And like many things made arbitrarily illegal, these chocolate treats have earned a kind of kitsch cache with U.S. audiences that transcends taste buds or age. So a lot of folks were excited when headlines last week announced that Kinder Eggs are finally legal in America.

But it's fake news. While a modified Kinder Egg can now be purchased legally here, the original "Kinder Surprise" variety—the kind you'll find for sale in other countries—is still prohibited, since embedding non-food-items in candy is still banned. The American Kinder Egg will feature two separate halves: one for eating, one with a toy inside.

As Gawker noted back in 2013, Kinder Eggs "have been banned in the States since long before they were first manufactured in the early '70s" by Italian company Ferrero (also the masterminds behind Nutella). A ban on candies with embedded toys has been in place since 1938, when it was included as part of the omnibus Food, Drug, and Cosmetic Act. Under the new law, confectionery products were prohibited from having "any nonnutritive object" either "partially or completely imbedded therein." (An exception exists when "such object is of practical functional value to the confectionery product and would not render the product injurious or hazardous to health.")

The Kinder Egg's illegal status only seemed to up American enthusiasm for the candies, which were smuggled back from abroad in many an ordinary citizen's suitcase over the decades.

Yes: That's the legal penalty for Kinder Egg trafficking. And Americans have been prosecuted for the crime, though this is rare; airport agents will generally just confiscate the eggs when found.

The blog Today I Found Out provides some more backstory, noting that Nestle challenged the embedded object ban in 1997 after the company introduced a Kinder Egg–like product called Nestle Magic:

When Nestle was preparing to launch the product, the FDA explicitly notified them it was illegal under the 1938 Federal Food, Drug, and Cosmetic Act, but Nestle disagreed, noting the product was completely safe so should be considered one of the exceptions. Their position was backed by a report from the Consumer Product Safety Commission, who did their due diligence on the candy and determined it, and the non-edible item inside, were not a choking hazard.

Nestle went forward with the product anyway. It also lobbied Congress to change the law. But after a long legal batttle, the company had to discontinue the product and pull it from stores.