Tax Reform and the Deficit: 1.7 Quadrillion Pennies, and Growing by the Minute

Senate version shies away from mortgage-interest cap, which will likely make fiscal hawks even more anxious. 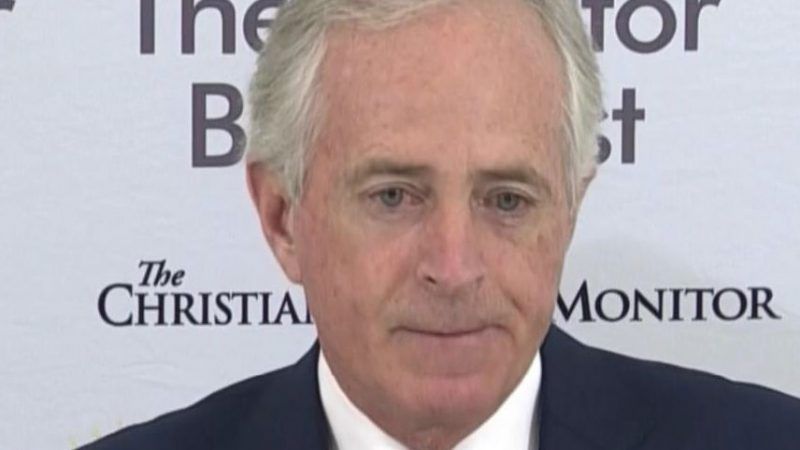 On Monday in this space, I predicted that the final tax-reform bill, if one ever makes it to a vote, "is almost certain to generate even more debt" than the package introduced last week in the House of Representatives. This is for two main reasons:

1) Because the Senate is less fiscally conservative (and more politically competitive) than the House, as evidenced by the $1.5 trillion deficit hole in the upper chamber's 10-year budget resolution, compared to the House's deficit-neutral version. (The former of which the House nevertheless rubber-stamped, to hurry along tax cuts.) And 2) because with each passing day of media scrutiny and eroding poll numbers, reliably risk-averse legislators are going to shy away from taking away voters' cookies. "A body that can't bear to jeopardize all of 1,500 shipping jobs in the course of helping 3.4 million devastated Americans is not likely to hold the line on killing the State and Local Taxes (SALT) deduction," I wrote in the L.A. Times. "SALT and the mortgage-interest deduction cut are the two biggest fillers of the $4-trillion hole [between the $5.5 trillion in tax cuts and projected negative-$1.5 trillion deficit], so caving on that could blow whatever slim chance there is for passage in the Senate."

Sure enough, yesterday the Senate came out with its own version of tax reform, and the House's cut on the interest deduction for new mortgages from $1 million to $500,000 was nowhere to be found. Unless there's a corresponding revenue filler/loophole-closer I'm not aware of, that means the $1.5 trillion number will be even higher.

But wait! It already is, according to the Congressional Budget Office (CBO), which on Wednesday guesstimated the 10-year deficit impact of the House bill at $1.7 trillion. Given that Sen. Bob Corker (R-Tenn.), for one, has maintained that "[If] we're adding one penny to the deficit, I am not going to be for it, OK?", that means that his own chamber's version of tax reform is on schedule to add more than 1.7 quadrillion pennies. Fun fact: If you stacked 1,700,000,000,000 pennies, it would reach approximately 1.7 million miles high, or enough to go to the moon and back seven times.

Numbers like that may prove too much for the last remnants of fiscal hawkishness in the Senate. Sen. Jeff Flake (R-Arizona), for instance, reacted to the Senate version by saying, "I remain concerned over how the current tax reform proposals will grow the already staggering national debt by opting for short-term fixes while ignoring long-term problems for taxpayers and the economy. We must achieve real tax reform crafted in a fiscally responsible manner." Sen. James Lankford (R-Ark.), who had made surprisingly skeptical remarks over the weekend, warned Thursday that his colleagues shouldn't "lose sight of our responsibilities to protect the nation, provide basic government services, and confront our federal debt." All it takes is three Republican senators, and tax cuts go to that great Obamacare-repeal in the sky.

I tried to make some of these points this morning on MSNBC: