The government insists it's sticking to its timeline. 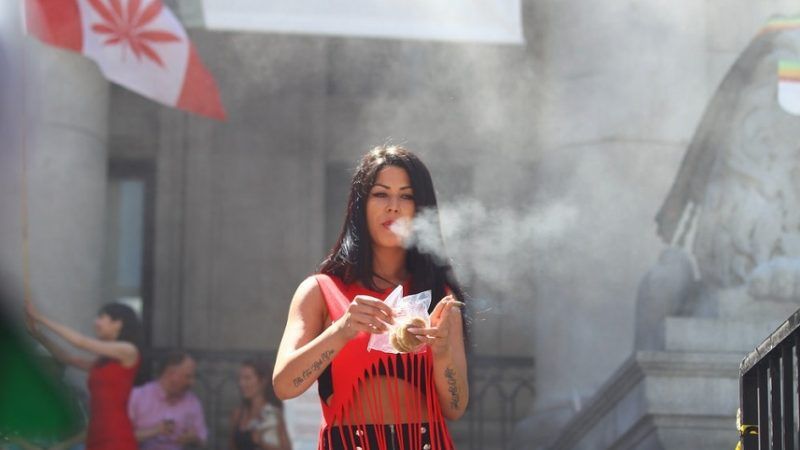 The Canadian government plans to legalize marijuana by July 2018, fulfilling a pledge made by Prime Minister Justin Trudeau before he was elected prime minister. But police are urging Parliament to delay the legalization effort, insisting they need more time to learn how to enforce the new laws.

"We are asking that the government consider giving us more time to have all the legislation fully in place which will allow us to properly train, prepare for implementation on Day 1," Mike Serr of the Canadian Association of Chiefs of Police told a parliamentary health committee this week.

This request was reinforced by testimony from Kevin Sabet, a longtime drug warrior who runs a major anti-legalization organization in the U.S. Sabet insisted that only those looking to go into business in the marijuana industry want the process to go quickly.

Tell it to the 160 people a day arrested in Canada for pot possession.

Serr's argument is similarly silly. His group brings up the role of "organized crime" in the marijuana trade, as if not understanding how criminalizing a product criminalizes those trading in it.

Nevertheless, Canadian officials—like their counterparts in Colorado and Washington—intend to institute strict "security screenings" for those looking to enter the marketplace, making it harder for black-market entrepreneurs to go legit. They also want tight regulations of the industry, including sales taxes, licensing fees, and packaging requirements.

The parliamentary committee also heard testimony from the director of Washington's state liquor and cannabis board, Rick Garza, who said legal marijuana businesses were able to compete with the black market once legal prices fell to $10 per gram. According to Garza, legal prices in his state are down to about $7.50 a gram. The clear lesson: Canada should let black marketeers come in from the shadows, not create a heavily regulated parallel industry.