How competition and legalization will make weed better, more consistent, and more accessible than ever. 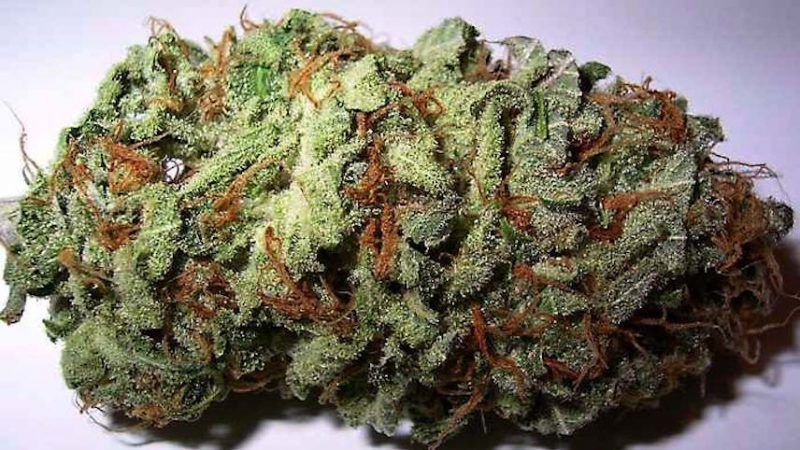 In the five years since Colorado and Washington became the first states to legalize recreational use, Oregon, Alaska, California, Nevada, Maine, Massachusetts, and the District of Columbia have followed suit. Snoop Dogg and Martha Stewart have a successful cooking show, and a majority of adults in the U.S. have tried the drug at least once.

The cannabis industry has a trade association, just like homebuilders and optometrists. In the coming years, we'll see various cannabis goods move through the product life cycle—rising, maturing, and declining the way session IPAs and cupcakes have.

I wanted to know more about the future of business development in the cannabis world, so I spoke to Taylor West, the former deputy director of the National Cannabis Industry Association (NCIA) and Cohn's first big hire for their new firm, which is called COHNNABIS. I've edited our conversation for length and clarity.

Reason: You've worked in communications for a long time. You were at National Journal. You've worked on political campaigns. And most recently, you were at the National Cannabis Industry Association. Tell me what made the work you did at NCIA different from the work being done by advocacy groups like the Marijuana Policy Project.

Taylor West: You have seen, over the last few years, a really significant increase in the influence of cannabis businesses when it comes to the policy world. That is naturally the result of the industry growing and becoming more established, but also of a very conscious effort by groups like NCIA to create relationships with lawmakers so that they have a realistic understanding of what the industry looks like and aren't just basing their opinions on stereotype and cliche.

Reason: So the first step was getting the laws changed, the second step was organizing beneficiaries of the new laws. Now you're at a company that promises to help cannabis businesses be competitive. What does that entail?

West: We are rapidly moving from a world in which cannabis was such a new and interesting product that it essentially sold itself, to a world—in more mature markets at least—where there is a tremendous amount of competition. This is the case in Colorado. California, which will be coming online soon, is a massive market and the competition there will also be very fierce. So what you're now seeing are companies that need to figure out how they distinguish themselves. It's not enough to just have cannabis for sale, or a cannabis product for sale. The product needs to be of really good quality, and you need to be able to explain to people why it's better than someone else's.

That's one thing we're seeing. Another thing is that this is still an extremely complicated industry to be apart of. You have the banking issue and the 280E taxation issue that are massive difficulties other industries don't have to deal with. There are still people who think the cannabis industry is a license to print money, and that's just not the case. Not with the amount of investment that needs to go in, and not with the complicated hurdles you have to clear.

Reason: I haven't been to Denver in two years, but last time I was there, I remember the marketing being stoner-culture specific. Has the marketing expanded beyond that demographic? Is getting on the radars of boomer and white-collar consumers part of the goal?

West: To a certain extent, that has already happened. Baby Boomers and senior citizens are the fastest growing sectors of cannabis consumers. Where the market needs to catch up is figuring out the best way to serve them. They may be interested, but they also have very specific product preferences that are different from the core cannabis consumer.

In Colorado, for instance, we've seen significantly more interest in edible products and lower dose products. People who are not regular cannabis consumers, who aren't consuming every day, don't necessarily want products that have 100 milligrams of THC. They want something with 5 or 10 milligrams, so they don't have to guess how much to take.

That's been a huge change in the last few years. Product development has really moved toward serving customers who want to carefully dose and know they're going to get a consistent effect.

If you looked at an alt weekly in Colorado today compared to two years ago, you'd still see ads targeting the core consumer—who is largely younger and male—but the mix is going to be dramatically more weighted now toward ads reaching out to more sophisticated consumers. A lot of the ads would be indistinguishable from a spa ad or an ad for a wellness product, because that is where a lot of consumers see these products fitting.

Reason: That marijuana products are a way to augment your life exactly at is. You don't have to become a stoner or even an enthusiast.

Taylor: Right, but I don't want to disregard the latter demographics, either. There are people for whom this product is really important. But I think there's a much more diverse marketplace out there than has typically been considered.

The big opportunity right now is to look at customers who fall in between those extremes. Maybe you don't want a product that reminds you of a day at the spa, but you also don't want something that you can just consume in your basement. We're finding that middle ground, where you've got young professionals who are looking for alcohol substitutes, or something that augments their enjoyment of a concert. Finding brands that speak to that demographic is where you'll see more development the next few years.

Reason: One company that recently caught my eye is HMBLDT, which is promising a specific experience or feeling with their products instead of promoting strain names. Are we going to see more of that?

West: Consistency of effect and consistency of characteristics are going to be the holy grail of cannabis products moving forward. Cannabis is a horticultural product, so that's not always easy to do. But consumers want to be able to say, "If I get this product, and I take this amount of it, I'm going to feel this way for this amount of time." There will always be differences between individuals and even the situations in which they consume—the context of the event, whether they've eaten a lot beforehand—but in general, if a brand can develop a reputation for providing consistent quality and effect, that's huge.

And we've also seen companies spending a lot of research and development money trying to perfect those experiences, which allows them to label their products in more simple ways, rather than relying on the old strain name system, which is frankly very inaccurate. But it's going to be a while before the technology and the science is really mastered to live up to those promises.

Reason: I hadn't thought about strains as being inadequate for communicating effect and experience.

West: The strain system is kind of a mess. I expect that as the market expands to include more and more novice consumers, you're going to see strain names become less and less relevant. Part of the issue is that the science doesn't support the strain system. The genetics of one strain called "blue dream," grown in one place, can be totally different from the genetics of blue dream grown in another place. And no wonder! There's no universal system or authority doing this testing.

But getting even more general than that, plant scientists recently did genetic testing on indicas versus sativas, and even those divides were not particularly supported by the data. Plants typically identified as sativa because of their shape were often not sativas, they were in fact indica—and vice versa.

Reason: This is rocking my world. I always thought the strain categorization was a foolproof way to anticipate the experience I might have.

West: Look, it was better than nothing! We just know now that the strain system is a lot less sophisticated than people realized. And because of that—and because the actual genetics are so complicated—companies that are looking to increase their market share with consumers who aren't diving into the genetics are going to increasingly look for ways to brand their products outside of the strain system.

Reason: Do you think we'll eventually see a move away from whole-plant or flower smoking toward products that are more finely tuned, like oils and extracts?

West: You're starting to see some of that already. Extractors are getting increasingly smart about how they extract and recombine things like terpenes, and adjust ratios of compounds like THC and CBD and CBN to get different formulas. That goes toward this goal of being able to more precisely tell your customer what to expect. The only problem there—and it'll be interesting to see if this affects things at all—is that there's fairly strong evidence that whole-plant products work together in ways we don't necessarily understand, on the medical side especially. There are obviously pharmaceutical companies that are hoping they can isolate out specific compounds and synthetically create these medical benefits without having to grow marijuana plants in a legal gray zone. But there are indications that whole plant medicines are more effective due to an entourage effect between the various compounds. That effect is very difficult to recreate synthetically.

So while I do think you'll see more and more custom designed products, I don't know if that's going to kill the flower market or not. The other piece of the flower market is that a lot of people are not a big fan of inhaling burned plant material. So you see people gravitate toward vaporization or edible and tinctures. We are in a post-cigarette world at this point. Any kind of smoking really stands out.

Reason: Do you think the regulatory frameworks in legalization states leave enough room for private cannabis companies to innovate?

Taylor West: Yes, more so in Colorado than in a lot of other places. Colorado has been relatively business friendly in the sense that they have not gone overboard on putting artificial restrictions on the market. They've worked with people in the business industry to address legitimate issues without necessarily addressing ones that people are afraid of but that aren't real.

Reason: Looking forward, how much is at stake in California, which will be finalizing its recreational market regulations in the coming year?

West: California is already a huge market and it's going to get bigger. Its existing cannabis market is incredibly fragmented. In some places, it's barely regulated. That transition from a locally controlled—if controlled at all—industry, to one that is under a statewide system of regulations and licensing, with all the accompanying bureaucracy, is not going to be easy. There will be businesses that are well set-up to handle it because they have spent the last several years preparing for this. There will be businesses that think they're prepared, but aren't, and will burn out quickly. And there will be businesses that are going to try to keep doing things the way they've always done them, and who will pose a challenge to the state, which will need to bring them into the fold in order to not let a criminal market continue.

It's hard to make predictions. I will tell you there is going to be some significant growth and success within that legal market in California, as well as a huge amount of innovation and a huge amount of evolution. It's a competitive market with huge potential. I don't want to sound like a skeptic, because cool stuff is going to happen. But there will be real challenges to bringing existing companies into the regulatory fold.