Brian Doherty | From the August/September 2017 issue 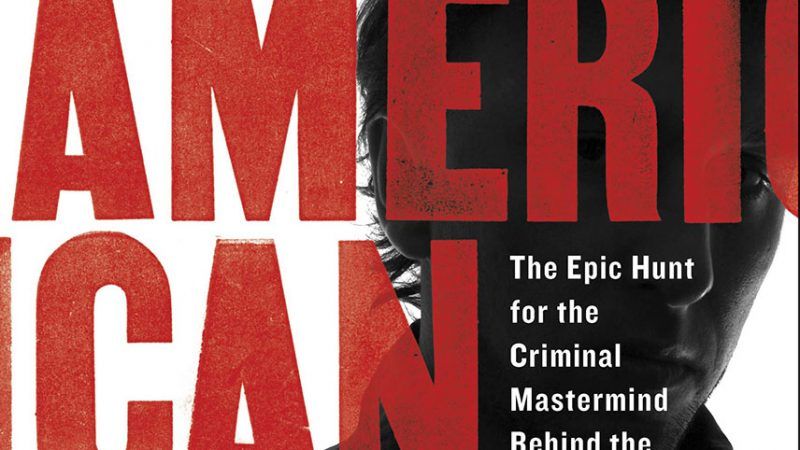 American Kingpin: The Epic Hunt for the Criminal Mastermind Behind the Silk Road, by Nick Bilton, Portfolio/Penguin, 329 pages, $27

Nick Bilton's American Kingpin is the story of the hunt for Ross Ulbricht, the man behind the website Silk Road. Its flaws resemble those of Bilton's previous book, the 2013 bestseller Hatching Twitter (Portfolio/Penguin), which largely ignored the social media platform's meaning to its users or the world at large, instead dishing on the founders' squabbles over control, credit, and money. Similarly, while the ostensible topic of American Kingpin is an amazing combination of technologies that produced something new under the sun—a way to buy drugs that tended to be safe from the law as well as from rip-offs and overdoses—Bilton doesn't seriously explore the technical or social side of Silk Road. Nor does he delve much into the legal and ethical issues surrounding the drug war. Instead he tells a lurid cops-and-crooks story.

The founder of Silk Road wanted to improve the world by creating an anonymous online space where people who enjoyed mind-altering substances could buy and sell them with no physical risk from each other, connected with a community rating system that added unprecedented—though never perfect—safety and quality control to the drug market.

Starting in 2010, as the prosecution tells it, Ross Ulbricht worked relentlessly for about three years scaling the site up and keeping it running nearly flawlessly. Throughout this time, he was harassed by hackers, extortionists, and rivals. He is alleged to have earned for that work at least 174,000 bitcoins, whose current value would be over $300 million. Ulbricht was arrested by the FBI in October 2013, and is now in New York's Metropolitan Correction Center under a life sentence with no chance of parole.

Bilton's "narrative non-fiction" approach means no fact is directly sourced in the text (though it's generally easy enough to guess who told him what). The boringly relentless quest for novelistic detail that comes along with that approach both overburdens the reader and underserves anyone interested in understanding the website. Readers of this book won't find a good explanation of the system whereby Silk Road protected buyers and sellers by holding their money in a cleverly designed escrow system, for example, but they'll get plenty of paragraphs about how certain federal building plazas looked or what was on the radio as a cop drove around on a certain day. Bilton got an old girlfriend of Ulbricht's to spill hours' worth of stories, and he transcribes what feels like nearly every tidbit he gleaned from her, to little benefit to reader understanding of the story of the Silk Road and its meaning.

As you might expect from a book that relies heavily on police sources, the vast majority of the narrative pushes the reader toward the police perspective. We get long, paranoid interior monologues from two different law enforcement folk convinced that Silk Road presented a danger in some way equivalent to 9/11. Bilton never misses a chance to mention Silk Road gun sales, though guns were available on the site for only a brief time and were even then a tiny portion of its business (which was overwhelmingly, though the book doesn't explain this, pot, acid, and MDMA).

Bilton does mention the libertarian vision that inspired Ulbricht, even name-dropping Murray Rothbard and describing a bewildered cop searching a Barnes & Noble for books on the Mises Institute. But that cop, as Bilton expresses it, sees libertarianism and Austrian economics as nothing but "justifications for doing things…without taking responsibility for how those actions might affect other people." In Bilton's good-guys-and-bad-guys context, Ulbricht's ideas come across as the dorm-room delusions and lame excuses of a villain.

Meanwhile, so you don't miss the point about the evils of drugs, Bilton gives three pages to the death of 16-year-old Preston Bridges in Australia, who took a designer drug bought on Silk Road, flipped out, and leapt off a balcony to his death. (His pals who took it with him experienced no ill effects.)

There are many more stories of people whose lives have been disrupted for years or ruined entirely by being thrown in a cage for selling (almost always perfectly safe) mind-altering substances to willing customers. Such stories, though never centered around a sympathetic character with a name, are not completely ignored. They are casually mentioned in blank bureaucratese on the next to last page: "several hundred people…were caught buying, selling, and working on the Silk Road and were subsequently arrested." But we don't meet them, don't learn how upset their friends or parents are, aren't asked to wonder what good in the world is lost because they are locked up.

Bilton's police-eye narrative dehumanizes everyone Silk Road helped, treating them as notches on the belt of stalwart men. Bilton also sloughs off the pains, rip-offs, and even possible overdoses the site's existence prevented. Yet a careful reader will note, though Bilton ignores its importance, that Ulbricht's dream of a violence-free paradise of drug dealing was working swimmingly. The worm in the apple arose not from Silk Road's denizens, who were mostly buying and selling peacefully and happily, but from interference by Bilton's heroes in law enforcement.

In an indictment from October 2013 that didn't go to trial, a grand jury in Maryland accused "Dread Pirate Roberts"—the pseudonym under which Silk Road's boss began operating in 2012—of ordering and paying for a murder in February 2013. (The slaying never actually occurred.) The government further spread to the press stories of further murders Ulbricht allegedly paid for, which also apparently never occurred. Bilton is confident from his access to Dread Pirate Roberts' chat logs that those accusations are true.

But that first time Dread Pirate Roberts allegedly decided lethal violence was necessary was when he came to believe one of his employees had stolen from him. In fact, unbeknownst to either employer or employee, the thief was a law enforcement agent investigating Silk Road. Thus, the turning point act in the moral devolution of Ulbricht, as Bilton tells the tale, came not from his own Silk Road community, which gave him minor trouble that he usually dealt with via payoffs, but from the police. Bilton worries over Ulbricht's corruption into a (imaginary) killer, but he elides the problems created when government forces drug sales into a space where no legitimate method of punishment or recompense exists.

Bilton rushes through Ulbricht's trial. He does not mention that a since-failed appeals process was still ongoing when the book went to press; he does not discuss, even to debunk, the legal issues with the prosecution that Ulbricht's lawyers have brought up. He fails to address any of the Fourth Amendment issues raised by the case, such as what Ulbricht's team argues was an unconstitutionally broad search of the contents of their client's laptop. He doesn't mention that the story he repeats uncritically about how the FBI found the Silk Road server has been declared impossible by various computer experts, and that the government provided no verifiable corroboration for it and didn't put the agent in question on the stand for cross-examination.

Nor does he discuss some obvious alterations in the computer records from Ulbricht's stolen laptop—discovered by his lawyers post-trial—or the fact that someone was logging into Silk Road servers as "Dread Pirate Roberts" after Ulbricht was behind bars. When discussing the second set of alleged murders-for-hire, he lets nearly 100 pages pass before he lets the reader know that the killings never happened.

And then there's the book's end, which robs the whole cat-and-mouse game of any real meaning.

The conclusion calls back to the book's opening, when a Homeland Security agent discovers an MDMA pill in some mail that a colleague blithely decided to open. (Bilton's authorial voice sees nothing problematic in police opening any mail they want from overseas, a sad legal reality key to many aspects of this story.) In the book's final anecdote, with Ulbricht in prison for life, that same agent encounters a package with 200 such pills.

And they always will be. Silk Road's encryption-and-bitcoin model is today used to sell more illegal substances than ever were moved over Ulbricht's website, because the method he pioneered is unequivocally better, in every way, for sellers, users, and society at large. The pointless quest to arrest him did nothing to kill that innovation.

Yet the people who dedicated their time—and our money—to "taking him down" are the heroes of this narrative. Bilton's book does what he thinks it does: It tells a harrowing and depressing story of a moral compass gone hideously askew, destroying lives. But that broken compass isn't Ross Ulbricht's.