Spokeswoman Dana Loesch calls the incident "a terrible tragedy that could have been avoided." But by whom? 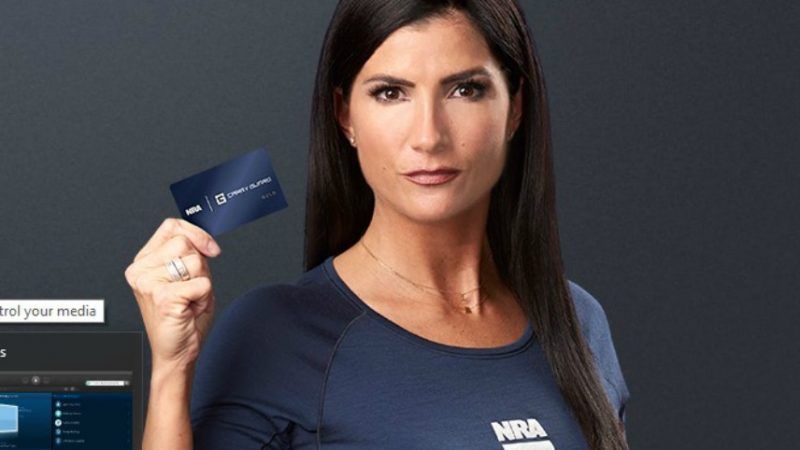 Yesterday the National Rifle Association broke its recent silence on the shooting of Philando Castile, a Minnesota carry permit holder who was killed during a traffic stop last summer by a cop who panicked when Castile reached for the wallet containing his driver's license. "I think it's absolutely awful," NRA spokeswoman Dana Loesch said during a debate on CNN. "It's a terrible tragedy that could have been avoided." Referring to last month's acquittal of Jeronimo Yanez, the officer who was charged with second-degree manslaughter after shooting Castile, Loesch added:

I don't agree with every single decision that comes out from courtrooms of America. There are a lot of variables in this particular case, and there were a lot of things that I wish would have been done differently. Do I believe that Philando Castile deserved to lose his life over his [traffic] stop? I absolutely do not. I also think that this is why we have things like NRA Carry Guard, not only to reach out to the citizens to go over what to do during stops like this, but also to work with law enforcement so that they understand what citizens are experiencing when they go through stops like this.

Since Loesch, a conservative TV and radio host, explicitly said she was speaking for the NRA, this seems to be the organization's first official statement on the case since the day after the shooting, when it said "the reports from Minnesota are troubling and must be thoroughly investigated." It promised "the NRA will have more to say once all the facts are known." Although Loesch goes further than that, she is careful not to take a position on whether Yanez should have been acquitted. She says she sometimes disagrees with decisions reached by juries but does not say whether this is one of those times.

Even Yanez's lawyers agreed that the shooting was tragic and avoidable (a position that seems at odds with his completely implausible claim that Castile really was drawing his gun). The dispute concerned who could and should have avoided the shooting: Should Yanez have been calmer and more careful, or was the onus on Castile to put the officer at ease after announcing that he was carrying a gun? Loesch splits the difference by saying "there were a lot of things that I wish would have been done differently."

The NRA's commitment to "work with law enforcement so that they understand what citizens are experiencing when they go through stops like this" is surely welcome. But Loesch's reference to NRA Carry Guard, a training and insurance program for permit holders, could be read as implying that Castile might still be alive if he had known "what to do during stops like this." That is a common refrain from Yanez's defenders, who say Castile, after disclosing that he had a concealed weapon, should have immediately placed his hands on the dashboard or steering wheel and awaited further instructions from Yanez.

But Yanez never asked Castile to do that. Nor did he tell Castile to stop moving or to keep his hands in plain sight. He did not even ask Castile where the gun was. Instead he told Castile not to pull the gun out, and Castile assured him that he wasn't. All the evidence indicates that Castile thought he was doing what Yanez wanted by retrieving his driver's license. Although Castile could have been more proactive and more sensitive to Yanez's nervousness, the officer had a responsibility to control the situation, issue clear instructions, take routine precautions, and use deadly force only as a last resort. He failed abysmally on all four counts.