Feelings aren't facts, and shouldn't be treated a such. 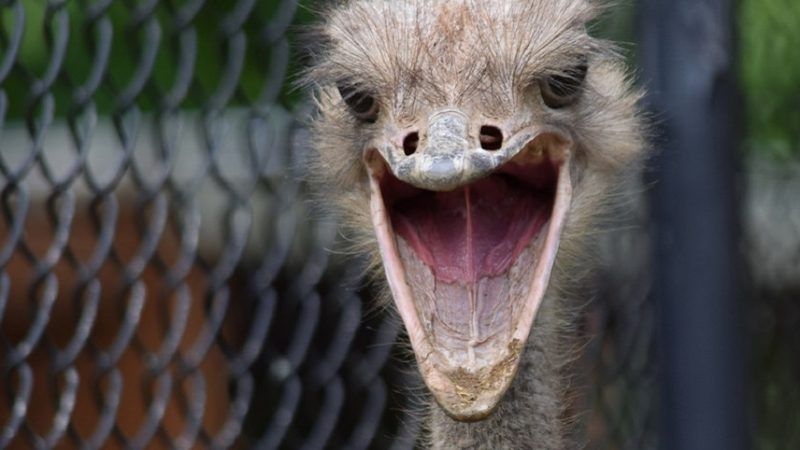 You might not think lesbian activists and supporters of Donald Trump's travel ban have anything in common. But that's where you would be wrong, my friend.

Over the weekend, cities around the country hosted annual gay pride parades. Chicago also held the Dyke March, which is for those who find your everyday gay pride parade too plain-vanilla. The Dyke March is a "more inclusive, more social justice-oriented" event. Or so they claim.

This year it turned out to be something rather different, when a few participants showed up carrying the Jewish Star of David flag. "It was a flag from my congregation which celebrates my queer, Jewish identity," Laurel Grauer told a Chicago publication.

Dyke March organizers kicked them out—ostensibly because the march was pro-Palestinian and anti-Zionist. Grauer says she was told to leave because other marchers found her flag "triggering" and it "made them feel unsafe."

There's a lot of that going around these days. Students at Notre Dame recently protested a speech by Vice President Mike Pence because they claimed that his presence made them feel unsafe. Oberlin students likewise objected to an appearance by conservative scholar Christina Hoff Sommers. Students at Georgetown tried to prevent Homeland Security Secretary Jeh Johnson from speaking at their graduation for the same reason. At Santa Clara college, students rejected a charter application by Turning Point USA because the group—which supports "fiscal responsibility, free markets, and limited government" supposedly made them feel unsafe, too.

In all of these cases, it's important to note one salient fact: Objectively speaking, nobody was actually unsafe. None of the flag-carriers at the march, and none of the speakers, presented any threat to the safety of anyone. They made no verbal threats. They brandished no weapons. They assaulted nobody.

Conservatives might be tempted to look down their noses at such behavior. But they have their own problem with it, exemplified by President Trump's travel ban.

The ban originally applied to people from seven countries: Iraq, Iran, Libya, Somalia, Sudan, Syria, and Yemen. As Cato Institute immigration expert Alex Nowrasteh pointed out back in February, "foreigners from those seven nations have killed zero Americans in terrorist attacks on U.S. soil between 1975 and the end of 2015. Six Iranians, six Sudanese, two Somalis, two Iraqis, and one Yemeni have been convicted of attempting or carrying out terrorist attacks on U.S. soil. Zero Libyans or Syrians have been convicted of planning a terrorist attack on U.S. soil during that time period."

Heck, Americans are 50 times more likely to die from motorcycle accidents. A rational federal policy aimed at protecting American lives would ban all motorcycles long before it got around to banning entry from the listed countries.

The difference, of course, is that Americans are not rational about their safety. People don't sit around arguing about the best way to prevent suffocation, even though it presents a far greater threat than terrorism, which people argue about all the time. King-sized comforters don't make them "feel unsafe," but Muslims and swarthy Middle Eastern men do.

Now, that fear is one of two things. Either it is sincere but statistically baseless—or it is an insincere attempt to dress up ignoble attitudes about people who are different.

But feelings aren't facts, and they make a poor basis for policy. When claims about subjective feelings are used to exclude people from events or places, they amount to a coward's veto—the equivalent of the heckler's veto. Neither has any place in an open society.

One final thought: There's another area where feelings shouldn't outweigh facts: the use of deadly force by police officers. In several recent cases—most notoriously that of Philando Castile—juries have acquitted police officers of what look like shockingly unjustifiable shootings. In every case, the defense relied on the argument that the officer feared for his life.

But again: Feelings aren't facts—and they shouldn't be treated as such.