After 'Inebriated' Hook Up, Student Gets Expelled Without Due Process 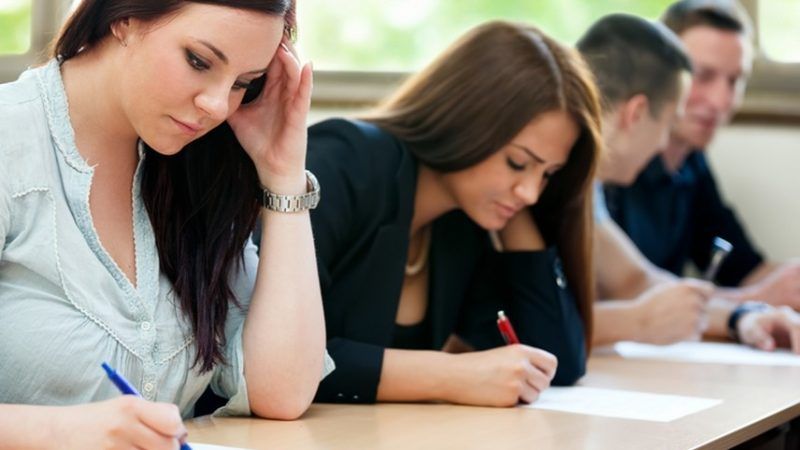 For the second time this month, a California school has been rebuked in court for failing to provide due process to a student accused of sexual assault.

On April 11, 2015, two students at La Sierra University (LSU)—known as John Doe and Jane Roe in John's lawsuit against the school—had a sexual encounter following a party at which they both drank alcohol and smoked marijuana. It is "undisputed" that they were both intoxicated. According to the court,

Jane did not remember the incident, and "learned what happened from the other party attendees" the following day. Five months later, in September 2015, Jane reported the incident to the university's Title IX office, and in May 2016, John was expelled.

The university found John responsible not only for sexually assaulting Jane on April 11, 2015, but also for creating a "hostile environment" for her in a shared biology lab between April and June of 2015. However, John received no notice of the "hostile environment" charge, and the investigators did not ask him about it during their interview with him. The court judged this to be profoundly unfair, holding that "without notice of these allegations against [John], he had no opportunity to defend himself prior to the Judicial Committee's decision [to expel him]."

Like many schools, LSU's disciplinary process in cases of sexual misconduct does not provide students with a hearing. Instead, university investigators meet with the parties and witnesses separately; review the evidence (with "broad discretion" to determine what evidence is "relevant or helpful"); and determine responsibility using the low "preponderance of the evidence" standard currently required by the federal government.

Based on this and other procedural shortcomings, the judge ruled that John had been "denied a fair opportunity to defend himself," and ordered LSU to set aside both the findings and the sanctions against him.

Even assuming that John's account of April 11, 2015 is entirely true, it is impossible not to feel troubled by what transpired that night. No matter what else did or did not happen, it is undisputed that a very drunk woman began crying in the middle of a sexual encounter—a position in which, I think it is safe to say, most of us would not wish to find ourselves. But this does not mean that the solution is to destroy, without so much as a hearing, the future prospects of accused students.

Particularly in cases that turn almost entirely on the credibility of witnesses, the Supreme Court has called cross-examination "the greatest legal engine ever invented for the discovery of truth." Far from being able to cross-examine the witnesses against him, however, John was not given the opportunity "to respond to or rebut the witness statements prior to the imposition of disciplinary action." He was only allowed to see the investigative report containing the witnesses' statements after the Judicial Committee found him responsible and ordered him immediately expelled. Regardless of John's guilt or innocence, this is a grievous injustice, one that the court was right to rectify.

But for every student like John who has received some measure of justice in a court of law, there are countless more—whether because of judges who are reluctant to intervene in university proceedings, or simply because of the often-prohibitive cost of bringing a lawsuit—whose educational and career prospects have come to a grinding halt based on little more than an investigator's hunch. It is heartening to see individual students find relief in the courts, but the campus due process crisis won't be over until all students can rely on their colleges to respect their rights.

Samantha Harris is a senior fellow at the Foundation for Individual Rights in Education and of counsel at Mudrick & Zucker. The views expressed in this article represent the individual views of the author and do not necessarily represent the views of FIRE.