Trump May Dabble in Deregulation, But He Doesn't Believe in Free Markets 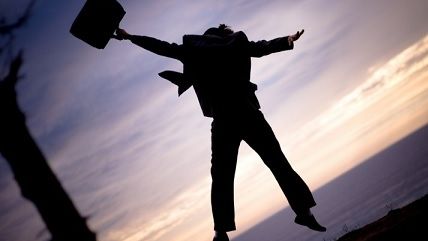 Before President Trump was elected, FCC Commissioner Ajit Pai came on my TV show, upset because President Obama ordered his agency to regulate the internet.

For the first time, "decisions about how the internet works are going to be made by bureaucrats and politicians instead of engineers and innovators," he complained.

"Neutrality" sounds good, but the rule actually meant the end of the permissionless innovation that allowed American companies to lead the world in cyberinnovation.

Now they would have to get government permission before trying anything new. They would not be allowed to charge big users like Netflix more, or create "fast lanes" for customers who pay extra.

Such experiments do discriminate, but they also bring innovation like free-data plans. They create incentives for building better fiber-optic networks, meaning faster speeds and lower prices for most everyone.

Under Obama's rules, said Pai, we would have "slower speeds, fewer competitive choices. This is a massive shift in favor of government control."

President Trump appointed other sensible deregulators: Betsy DeVos, Elaine Chao, Tom Price, Scott Pruitt, Shirley Ybarra. Many of them criticized the same agencies they will now run. They are in a position to say, "Stop! This endless red tape kills opportunity. Let the free market work!"

Bob Poole's fine research on reducing flight delays by replacing the bureaucratic FAA with private air traffic control might actually come to fruition. His ideas on reducing traffic jams by allowing congestion pricing are getting a hearing. Victory! Wiser people are in charge.

But deregulation still won't be easy.

That becomes clear reading Matt Welch's article "The Deregulator?" in the new issue of Reason.

Welch points out that not only did the president appoint deregulators, "Trump put taxpayer money where his mouth is, unveiling a budget blueprint that cut spending at every non-military/security-related agency…31.4 percent from the EPA, 28.7 percent from the State Department, and 20.7 percent each from the departments of Agriculture and Labor."

The bad news is that proposing cuts doesn't mean they will happen. It's Congress that writes budgets.

"The president is asking the most politically sensitive branch of government to approve the deepest funding and staffing cuts the EPA has ever seen," writes Welch, "all while surviving an onslaught of headlines such as the San Francisco Chronicle's 'Trump budget would make America dirty and sick again.'"

Will Congress ignore that hysteria and still vote for deregulation? I fear they will not.

Welch also mocks my beloved "Stossel Rule," although it's the one idea of mine that President Trump wholeheartedly embraced: Before regulators pass a new rule, they must repeal at least two existing ones.

Welch points out that serious reformers call that "a toothless publicity stunt" because bureaucrats would game the system—repeal tiny rules but still pass gigantic new ones.

Another obstacle to reform is that President Trump is not consistent. Yes, he reversed the Obama administration's shortsighted ban on finishing the Keystone Pipeline, but then he told his secretary of commerce to "Buy American, Hire American."

Infrastructure can't be built efficiently using just U.S.-made steel. Trump eventually granted an exemption to the Canadians building Keystone, but every project should be built with the best materials available for the lowest cost. Since there are differences in price and quality, "Buy American" is destructive regulation.

I wish our president believed in a free market for everyone. He doesn't. A few of his advisors are overtly hostile.

But they are. That "Cato Institute, Austrian economics, limited government" stuff has raised living standards across the world.

If only politicians understood that.