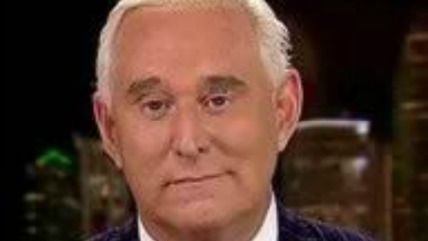 Roger Stone, the longtime Republican operative and adviser to Donald Trump, is publicly urging the president to reject Attorney General Jeff Sessions' "outmoded thinking on marijuana" and keep him from harassing state-licensed cannabusinesses. In a recent blog post, Stone, a self-described libertarian, reminds Trump that as a presidential candidate he repeatedly said marijuana legalization should be left to the states.

"Tens of millions of Liberty minded Americans believed him when he said this and took his message to heart, fully expecting him to end the ineffectual and wasteful War on Weed," Stone writes. "I urge President Trump to honor his word and keep his promise, irrespective of what his Cabinet members may say. There are so many other ways that law enforcement can be put to good use rather than to persecute harmless farmers and shopkeepers who are abiding by State law."

Stone says Sessions' anti-pot prejudices should not dictate federal policy. "As a product of the Religious South, it is natural that AG Sessions would take the dimmest view of marijuana," he writes. "Jeff Sessions states his position plainly: 'Good people don't smoke marijuana.' This plainly false statement, made in all earnestness, clearly demonstrates how far from the mainstream Sessions is on this topic. Very few Americans would agree with him on this, as evidenced in the wave of legalization that washed over the United States over the past five years."

In addition to "states rights," Stone marshals support from the Bible, wherein God gives humans "every seed-bearing plant on the face of the whole earth and every tree that has fruit with seed in it…for food," and Thomas Jefferson, who remarked that "was the government to prescribe to us our medicine and diet, our bodies would be in such keeping as our souls are now." Stone argues that "marijuana prohibition laws…were formulated as a tool to bludgeon both the poor and minorities" and notes that legalization enjoys broad popular support, especially in states where voters have approved it through ballot initiatives.

"This was clearly the Will of the People," Stone says. "It is not Jeff Sessions' place to prosecute his version of morality and President Trump should not allow him to do so."