The state's ACLU is duly peeved. 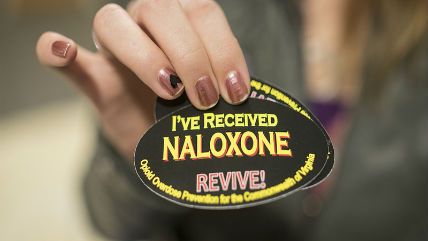 The American Civil Liberties Union of Ohio is peeved with the police department of Washington Court House, Ohio, for a stupidly punitive application of the state's so-called "inducing panic" laws to pile legal injury on personal crisis against people suffering drug overdoses.

As per a letter the ACLU Ohio sent this week to the city's "law director," the city has "charged at least 12 people who suffered an overdose with a first degree misdemeanor under the Inducing Panic law" if they actually sought emergency medical help while overdosing.

The ACLU points out such a practice horribly disincentivizes people seeking medical help when overdosing.

It's not only terribly bad policy, if you at all care about people dying of drug overdoses, it's actually against the meaning of the law, which ACLU insists does not cover police or other city officials summoned to perform their duties.

According to a 1992 court case, State v. Cordell, that the ACLU quotes, it can't be the case that "every time a police officer respond[ed] to anything other than a routine traffic investigation a potential defendant could be charged with inducing panic."

Alas, policies designed to ensure that opioid deaths that could be avoided are not avoided are all too common in the U.S., as see the lack of across the board national over the counter availability of naloxone.