Another Blow Against the Petty Tyranny of Blue Laws 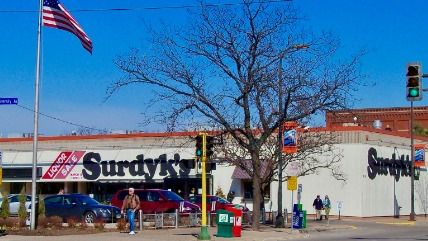 I am in Austin this week for the South by Southwest conferences, and I had planned to pick up some whiskey this Sunday before flying back home to Jerusalem, where brown spirits cost much more. Then a friend pointed out that my plan was not feasible in Texas, which is one of 11 states that still prohibit liquor sales on Sunday.

Until recently there were 12 such states, but last week Minnesota Gov. Mark Dayton signed a bill allowing liquor stores to operate on Sundays. He thereby eliminated an arbitrary inconvenience that over the years has been justified in the name of piety, paternalism, and protectionism, none of which is a morally acceptable reason to use force against peaceful people.

Minnesota's new law, which follows similar moves by 16 other states since 2002, takes effect on July 1. But Jim Surdyk, proprietor of Surdyk's Liquor & Cheese Shop in Minneapolis, did not wait to exercise his new freedom. He was open for business last Sunday, prompting a $3,500 fine and threats against his license.

It is not hard to understand Surdyk's impatience. In the 159 years since Minnesota became the 32nd state, it has never deigned to let people buy packaged beer, wine, or liquor on Sunday. Minnesotans who wanted to have drinks at home on the Christian Sabbath had to plan ahead or make a run to neighboring Wisconsin, which has allowed Sunday sales since 1874.

You might wonder whether it is constitutional to foist a religious day of rest on people who choose not to observe it. According to the Supreme Court, it is. The Court's reasoning highlights the petty tyranny of blue laws.

In the 1961 case McGowan v. Maryland, seven department store employees challenged their criminal convictions for daring to sell people "a loose-leaf binder, a can of floor wax, a stapler, staples and a toy" on a Sunday. The Court rejected their argument that Maryland's blue law violated the First Amendment's ban on "an establishment of religion."

"There is no dispute that the original laws which dealt with Sunday labor were motivated by religious forces," Chief Justice Earl Warren wrote in the majority opinion. But he added that "as presently written and administered, most of them, at least, are of a secular rather than of a religious character."

Warren's secularization of Maryland's blue law was a bit of a stretch, given that the statute explicitly addressed "Sabbath Breaking" and repeatedly referred to the "Lord's day," demanding that people not "profane" it through inappropriate activities. But the chief justice argued that the state had a legitimate interest in promoting "the health, safety, recreation and general well-being" of its residents by mandating not only "a periodic respite from work" but "a general cessation of activity, a special atmosphere of tranquility, a day which all members of the family or friends and relatives might spend together."

More recently this pious paternalism has given way to a nakedly protectionist argument. The main opponents of Sunday sales nowadays are independent liquor stores whose owners worry that competition will force them to work harder without guaranteeing a commensurate increase in revenue.

"Small-business owners argued that allowing Sunday sales would stretch six days of purchases over seven days and increase their operating costs," the St. Paul Pioneer Press reports. "They also worried it would bring more chain and big-box stores," which "can undercut smaller stores on pricing."

The point of banning Sunday sales, in other words, is not to protect consumers from themselves but to protect merchants from their competitors. High-handed promotion of "the general well-being" has been replaced by an open conspiracy against consumers.

Jim Surdyk, the Minneapolis liquor retailer who dismayed city and state officials by selling on Sunday before he was legally permitted to do so, has a more customer-friendly attitude. "You have to be on top of the game or get out of the game," he says. "I'm just trying to do what everybody wants."