Cops said they heard gunfire, and one cop said he saw a gun, but police only recovered a BB gun the victims hid elsewhere before the police interaction. 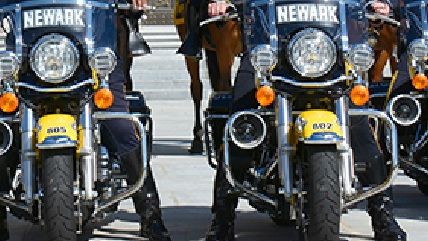 A grand jury in New Jersey cleared five police officers who shot at a vehicle they said was trying to run them over and two 18-year-olds an off-duty cop began to follow earlier in the morning as robbery suspects, NJ.com reports.

The cops told county prosecutors they believed they heard a gunshot, and one cop said he thought he saw someone in the front seat point what looked like a gun at him before he fired. At least six cops were on the scene, including the off-duty cop who began to follow them early that morning, in marked and unmarked police vehicles—they believed the two 18-year-olds, Najier Salaam and George Richards-Meyers, were responsible for a series of local robberies.

While NJ.com describes Salaam and Richards-Meyers as "armed robbery suspects," the investigation by prosecutors appears to have found that the only weapon recovered by police was a BB gun and, more importantly, according to police themselves the suspects were seen on surveillance video before the incident began hiding the BB gun at the location which police found it.

"A black BB gun, which resembled a real handgun, was recovered near the location of the shooting and surveillance footage showed the suspects hiding the gun at this location prior to their interaction with the police," a statement from the prosecutor read. A BB gun that was hidden away before police interacted with the suspects could not be used to menace any of the cops on the scene—it was hidden.

A third 18-year-old was caught while fleeing from the vehicle—police were initially reported to have recovered a gun from him, but that eventually became a gun recovered "from the scene", and the teen is facing only robbery charges, not weapons charges.

A local anti-violence activist and the families' spokesperson, Salaam Ismial, said the Essex County prosecutor was "very troubled by the shooting," but her office only confirmed that she met with family members and was planning also to meet with Newark officials about the shooting. The prosecutor's office has not yet made the results of their investigation available to the public online. Police, meanwhile, say they'll conduct their own internal investigation. Ismial also suggested the FBI was "set" to investigate the shooting, but the U.S. Attorney's Office, which does not confirm or deny such investigations, told NJ.com the family had not reached out to them but that they were welcome to do so.

The Newark Police Department (NPD) and the U.S. Department of Justice last year finalized an agreement on federal oversight of police. The federal monitor, Peter Harvey, a former state attorney general, is expected to release his first report on how the NPD is progressing on reforms as soon as this month. Attorney General Jeff Sessions, meanwhile, does not appear particularly interested in continuing the 20-plus year practice of investigating local law enforcement agencies for systemic abuses—he has yet to make a decision on whether to pursue a consent decree with the Chicago police after the DOJ last year found a pattern and practice of systemic abuses there.