Heroin hysteria is in full swing this year. 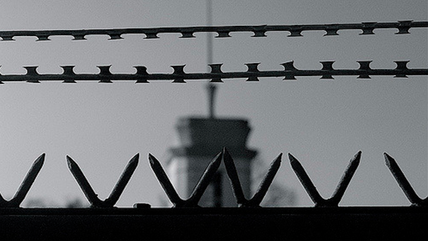 This year, legislation has been introduced in at least 29 states that would increase penalties for heroin and fentanyl-related offenses, or allow for individuals to be held criminally liable or charged with murder/manslaughter when a person they supplied with heroin overdoses and dies.

The most disheartening aspect of this new sweep of proposed legislation is some of the state legislators who filed these bills have, in previous years, been sponsors of major sentencing reform legislation that has been enacted in their states, while others have voted for it.

Many of the criminal justice reforms that have been passed at the state level over the past few years have shortened sentences for those convicted of nonviolent offenses, or have diverted low-level offenders from prison and into rehabilitative treatment or other alternatives to incarceration.

The new bills show how easy it is for legislators who appeared to have accepted the notion that relaxed sentences result in smarter crime policy to fall into old punitive, tough-on-crime habits.

In Kentucky, a bill was filed that would significantly increase penalties for individuals who sell any amount of heroin/fentanyl, an offense that would now be considered trafficking. This week, the bill passed the Senate unanimously. The legislation will undo some of the reforms that were passed in 2011 as a part of a comprehensive criminal justice reform bill that received support from a partnership between The Pew Charitable Trusts and the Federal Bureau of Justice Assistance.

Speaking on the proposed legislation, Stivers said that this new bill would probably cost "in the tens of millions of dollars" but that "it is worthwhile to send a message—it's time for this to stop at whatever level for whatever drug it may be."

In 2015, Alabama enacted legislation aimed at reducing prison overcrowding, requiring low-level, nonviolent drug and property offenders be diverted from prison into alternative programs. This "Justice Reinvestment" legislation was put forward as a result of a partnership between the legislature and The Pew Center on the States and the U.S. Department of Justice.

This year, however, the same Alabama legislators that sponsored the comprehensive reform bill are in full freak-out mode when it comes to heroin.

"Even if it did increase the numbers on incarceration, that's okay, because this is something we need to crack down on," Ward told the Alabama Media Group.

In Idaho, Rep. John Gannon, a Democrat who voted for a criminal justice reform bill that was passed in 2011 as a part of a Justice Reinvestment initiative, sponsored a bill that would charge individuals who sell heroin to someone who dies from overdose with second degree murder—a mandatory minimum 10-year prison sentence in the state.

Other states are introducing similar bills to allow for murder or manslaughter charges for those who sell or give heroin to someone who later dies from an overdose, while others have steadily increased the number of prosecutions for these individuals, as noted in a post last year.

In Connecticut, a state that has seen its prison population at its lowest point in decades and that has enacted many positive reforms in recent years, three bills have been introduced that would increase penalties for individuals who sell heroin to someone who fatally overdoses. Two of those bills would "hold dealers criminally liable," while the other would allow dealers to be charged with homicide.

In Maryland, the governor put forward a bill that creates a new felony offense for when someone provides or sells heroin, resulting in a fatal overdose. This new offense carries up to 30 years in prison.

Prohibition and increased penalties for heroin related offenses will not solve any heroin crisis, it will only further compound all the problems legislators think it will fix. As similar responses to past drug crises have shown, these tactics only result in more loss of life, more incarceration, more spending on prisons, more wasted taxpayer dollars, and more failure. As long as heroin hysteria exists, we'll continue to see the same kind of wrongheaded policy responses.