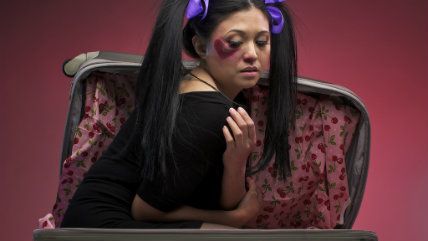 Like Craigslist before it, Backpage.com has shut down the "Adult" section of its classified-ad website, amid a seemingly endless stream of government pressure. In both cases, state and federal authorities have maintained that the mere presence of open forums for user-generated adult advertising creates a market for child sex-trafficking.

Backpage CEO Carl Ferrer and his associates have been subject to lawsuits, criminal charges, economic bullying, and Congressional hearings—the latest of which will take place today, January 10, before the U.S. Senate's permanent subcommittee on investigations—in an attempt to thwart this supposed sex trade. But after proclaiming innocence and pushing back and for several years, Backpage will now—"as the direct result of unconstitutional government censorship," its lawyers said in a statement—comply with demands to end its adult-ad section.

Last fall, former California Attorney General Kamala Harris tried to convict Ferrer and former Backpage.com heads Michael Lacey and James Larkin (founders of Village Voice media) of pimping and conspiracy to commit pimping. A judge threw out the charges, saying they were unconstitutional and violated federal law, which specifies—under Section 230 of the Communications Decency Act—that third-party publishers can't be held criminally liable for the content of user-generated posts. Section 230 doesn't just stop sites like Craigslist and Backpage from getting in trouble if someone posts a prostitution ad there but allows Reddit to exist without its CEO getting charged for every credible user threat, keeps Facebook from being shut down after some 20-year-old picks up a 17-year-old girl there, prevents Craigslist from being found guilty every time someone rips someone off over a used washer, and stops the feds from coming after Reason.com when the comments section contains unsavory content.

And authorities know this. In the criminal complaint against Ferrer, Larkin, and Lacey in California, officials noted that many of the women they spoke with who were now advertising services on Backpage had previously advertised on Cragislist's adult section, on MyRedbook.com (shut down by the feds in 2014), and on other websites and escorting forums which had since been banned. The only way officials are going to stop online ads for prostitution is by ramping up their already intensive efforts hundreds-fold and going after any and all websites that allow user-generated content. I'm beginning to think they might try.

"As federal appeals court Judge Richard Posner has described, the goal is either to 'suffocate' Backpage out of existence or use the awesome powers of the government to force Backpage to follow in the footsteps of Craigslist and abandon its Adult advertising section," Backpage attorneys said in a Monday statement. "Posner described such tactics as 'a formula for permitting unauthorized, unregulated, foolproof, lawless government coercion.'"

Sadly, these hammer-handed attempts actually hurt most the people they claim to help: young people forced or coerced into prostitution. Backpage has helped law-enforcement in hundreds of investigations into missing minors and potential sex-trafficking victims by turning over their contact and financial info (or that of those who posted their ads) to authorities when such ads are discovered, as well as flagging ads that contain images of suspiciously young individuals. And because Backpage operates across the country, authorities searching for victim or perpetrators on the move could sometimes trace their movements via Backpage ads.

"It's a sad day for America's children victimized by prostitution," Lois Lee, founder and president of sex-trafficking victim organizaiton Children of the Night, said Monday. "Backpage.com was a critical investigative tool depended on by America's vice detectives and agents in the field to locate and recover missing children and to arrest and successfully prosecute the pimps who prostitute children. The ability to search for and track potentially exploited children on a website and have the website bend over backwards to help and cooperate with police the way Backpage did was totally unique."

"I have worked in this field my entire adult life," Lee added. "Child prostitution existed long before Backpage or the Internet. Backpage is not the cause or even a cause. Backpage was an opportunity to better attack the problem."