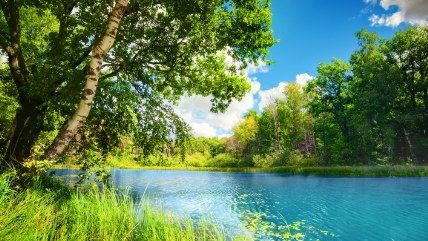 Jon Carey says the pond on his 10-acre home near Butte Falls, Oregon, is the best part of the property. Carey and his wife bought the property two and a half years ago. The pond has been there for 40 years. But now the Jackson County watermaster says the pond is illegal. State law gives the county rights to all rainfall, and the Careys have no right to collect it. They have appealed to the local water commissioner, and they have the support of the Oregon Forestry Commission as well as local firefighters, who use the pond as a water source for fighting wildfires. But the watermaster says that would set a dangerous precedent for the owners of all the other illegal ponds in the area.