Brickbat: You Are Going for a Ride, Grandpa 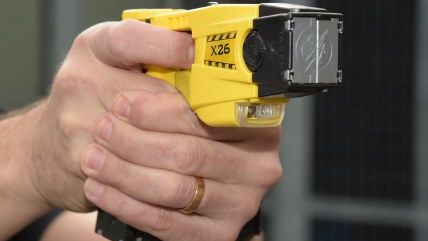 An Ottawa County, Kansas, sheriff's deputy used a Taser on a 91-year-old man with Alzheimer's at a nursing home after the man refused to get in a car for a trip to the doctor. The man's family says deputies later broke the man's wrist while handcuffing him. He died two months after the incident.