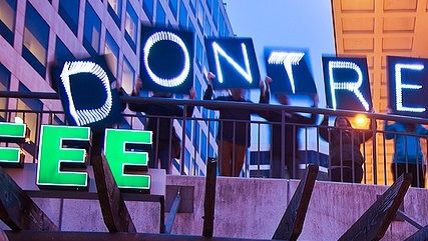 Edward Flynn, the Milwaukee police chief, argued that police chiefs had to hold some officers involved in fatal shootings "accountable for essentially being incompetent even though the officer has acted within the confines of legal precedent," in a post at the Police Foundation's On Policing blog.

Flynn retold the story of the 2014 police shooting of Dontre Hamilton, a mentally ill man who had been approached by Officer Christopher Manney after two other officers had previously determined Hamilton didn't pose a threat to himself or others, and ended up shooting and killing Hamilton after Hamilton allegedly took the officer's baton. Manney was the first officer fired for an on-duty shooting in Milwaukee in 45 years, and appealed to get his job back.

"My responsibility as police chief was to examine this case beyond the confines of criminal culpability," Flynn wrote. "The officer clearly had no criminal intent. He was defending himself. But his failure to adhere to departmental training and protocols were the proximate cause of his need to use deadly force. Someone died because of his incompetence. I therefore fired the officer."

Flynn noted the term "officer-created jeopardy" was being used "to describe circumstances in which an officer's use of force is the result of poor decision-making that leaves the officer with no options," saying that in some circles, these uses of force were called "lawful but awful."

Flynn called the protections in Graham v. Connor, "appropriate." That 1989 Supreme Court decision ruled that use of force could be justified if it was "objectively reasonable," meaning, as Cato's Jonathan Blanks explained last year, that another cop in the same circumstance would "view the officer's actions as reasonable given all the information at the officer's disposal."

Flynn argues that "exoneration from criminal culpability does not relieve the police chief executive from responsibility for judging the totality of the circumstances that led to that use of force and whether there was a violation of training or policy," stressing that it "should go without saying, but you not only have to know how to do your job—you have to know how to apply your training under crisis." Flynn insisted that the "need for a job-related consequence" was "the job of the chief, not the DA or the U.S. attorney."

"If we as a whole in law enforcement had done more of that in the past 25 years," Flynn noted, "there would be fewer calls for prison for cops every time they make a mistake," saying that was his experience in the wake of the Hamilton shooting.

"If police chiefs do not accept this responsibility, public expectations for accountability will focus exclusively on criminal sanctions and the enactment of laws that will criminalize consequences of police decisions made under conditions of extreme stress overwhelmingly made for the public interest," Flynn concluded. "That would be bad for the police, bad for the community, and have devastating consequences for the safety of both."

I've written about the need to hold officers accountable even when their actions are ruled justified or lawful on numerous occasions, as well as the idea of zero tolerance policies for police misconduct, and the possibility of a registry to keep troubled cops out of police employment. Anthony Fisher wrote about why it's so hard to stop bad cops from getting new police jobs earlier this year—much of it has to do with generous police contracts that make substantive discipline difficult to impose without findings of criminal misconduct. Police unions, after all, by design produce rules that protect bad actors. Tightening hiring and training standards, and simplifying the process by which police departments can discipline and terminate problematic cops—preferably before the problems become fatal ones—would go a long way to reducing police violence and keeping police officers safe.