If Trump makes good on his many threats to curtail liberty, there will be resistance. 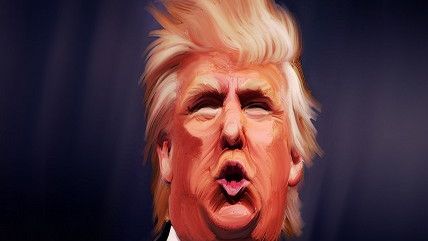 Will President-elect Donald Trump be the autocratic leader feared by so many? Or is he all talk, and merely played the electorate using bluster and vulgarity as his means of shaking up the system?

A number of pro-civil liberties organizations are willing to take Trump at his word, and have released statements indicating how they intend to resist any potentional assaults on American constitutional rights.

Freedom of the Press Foundation's Trevor Timm wrote of the next president's aversion to the First Amendment and promised to hold him accountable if he makes good on any of his threats to sue journalists and their employers, or to "open up libel laws" to enable such efforts. Timm also noted Trump "has blamed 'freedom of the press' for a terrorist attack in New York and has said the press has 'too much protection' under the First Amendment." (To be sure, Hillary Clinton said essentially the same thing, but she's not going to be president, Trump is.)

Amnesty International's Salil Shetty wrote in a press release that "President-elect Trump must publicly commit to upholding the human rights of all without discrimination."

Human Rights Watch's Kenneth Roth wrote that although Trump "found a path to the White House through a campaign marked by misogyny, racism, and xenophobia," he should push to uphold the rule of law and lead a U.S. government that "demonstrates a better record on issues like the rights of women and children, criminal justice, Guantanamo, drone strikes outside conventional war zones, and justice for torture." (The "drone strikes" mention seems like a subtle—and necessary—dig at a favorite Obama administration tactic.)

The American Civil Liberties Union (ACLU) outlined the many ways they plan to defend an assualt on civil liberties by the Trump administration, and its executive director warned the incoming president they "will see him in court" should he make good on a number of his proposed policies.

Regarding Trump's plan to engage in the mass deportation of over 11 million undocumented immigrants, the ACLU says the government would have to arrest "more than 15,000 people a day on immigration charges, seven days a week, 365 days a year." To accomplish that would require actions which would "undoubtedly violate the Fourth Amendment's prohibition 'against unreasonable searches and seizures.'"

The ACLU asserts that Trump's dubious threat to ban Muslim U.S. citizens or legal residents from re-entering the country would violate "the Fifth and 14th Amendments from revoking an American's citizenship and banishing him based on the person's creed," adding, "any religion-based bar on lawful permanent residents trying to reenter the country would violate the due process clause."

The ACLU's lawyers also concluded that "Trump's policies, if implemented, would lead to a heavy edit of the Constitution. The First, Fourth, Fifth, and Eighth Amendments to the Constitution would no longer protect certain people."