Americans Are Still Freer Than Most, But the Trend Line Are Worrying

Freedom of the press, government accountability and transparency, and economic freedom have all been trending down, while corruption is trending up. 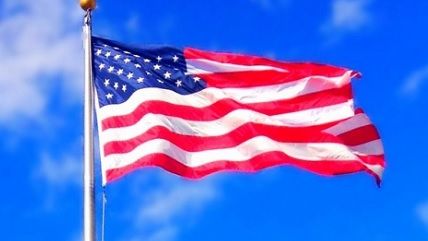 Election Day is upon us and Americans are heading to the voting booths by the millions. The choices before the electorate are, by and large, deeply unappetizing and, whatever the outcome of the elections, America's freedoms and institutions will likely continue to take a beating in the years to come. Last week, I looked at the state of freedom globally. Today, the focus is America.

First, consider the good news. The United States has maintained a perfect "democracy" score since 1871 and citizens continue to elect freely their local, state and federal governments.

America's record on protecting civil liberties, such as freedom of expression, also surpasses that of much of the world. Since Freedom House began collecting data on civil liberties in 1971, the United States has consistently received the best score possible.

Government accountability (i.e., public perceptions of the extent to which citizens are able to influence their government) has also been deteriorating in the United States.

When it comes to corruption (i.e., perceptions of the extent to which public power is exercised for private gain, including both petty and grand forms of corruption, as well as "capture" of the state by elites and private interests), America's score is deteriorating.

The United States has also been falling in terms of government transparency, which measures the availability of credible aggregate economic data that a country discloses to the public.

Finally, consider economic freedom. Once again, we are moving—rapidly—in the wrong direction. Economic freedom in the United States still exceeds the world average, but if current trends continue, that will soon no longer be the case.

Americans have long enjoyed a level of freedom and quality of institutions that are still denied to the majority of humanity. But, if some of the worrying trends that can be seen above continue, America may not always be the "land of the free."