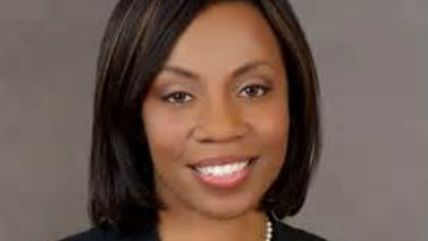 The mayor of Hillside, NJ, Angela Garretson, received five tickets in one day from Matthew Casterline, a Hillside police officer who serves as president of the local police union and was at the time working a side job on a construction site (an "outside overtime job"), as NJ.com reports.

Casterline cited Garretson for disregarding a cop's hand signals, driving through a safety zone, improper passing, obstructing traffic, and talking on a cellphone, according to NJ.com, which reports that Casterline filed the tickets the day after allegedly witnessing the violations while working at the construction site.

The police union is in an ongoing feud over Garretson's decision to demote the police chief, Louis Panarese, who the town council later re-instated. Garretson sued, insisting she had the authority to make the decision on who should serve as police chief, not the town council, which also passed a vote of no confidence against the mayor last year. Paranese, meanwhile, sued the mayor and the city for the demotion and lost wages. Garretson decided to demote Paranese because he never passed a civil service exam, something Garretson's predecessor didn't care about.

The Hillside municipal court says in order to avoid a conflict of interest it has sent the summonses to a nearby town for processing. There is no data on how many police officers receive traffic summonses in New Jersey, but the state does have the highest median income for police officers in the country.

I once had a Newark cop working off-duty (but in his uniform) as security in the apartment building where my dad lives threaten to quit the job on the spot to arrest me over moving a chair out of my dad's apartment after-hours; he claimed the lease prohibits that, but I told him I didn't live there anymore, wasn't on any lease, and hadn't seen the rule posted anywhere. I kept asking him if I could leave and he kept telling me to drop the chair. I told him I suspected he'd arrest me for dumping if I did that. He backed down when my wife showed up. I started the process to file a complaint about him but quit after receiving a letter from the Newark Police Department warning me if I was found to be untruthful in my complaint I could be charged with perjury. There was no footage of the incident and I know better than to get into a he said-he said with a cop. I suppose I should consider myself lucky that he didn't know, or didn't care to, drum up a summons the next day.