Says Chevron deference equals "the abdication of the judicial duty." 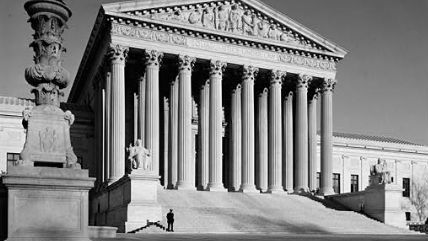 In a landmark 1984 decision known as Chevron U.S.A., Inc. v. Natural Resources Defense Council, the U.S. Supreme Court held that when the federal courts are confronted with an "ambiguous" statute, the default position is for federal judges to defer to the statutory interpretation favored by the federal agency charged with enforcing that statute. "Federal judges—who have no constituency—have a duty to respect legitimate policy choices made by those who do," declared the majority opinion of Justice John Paul Stevens. "While agencies are not directly accountable to the people, the Chief Executive is, and it is entirely appropriate for this political branch of the Government to make such policy choices." In other words, Chevron instructs the courts to tip the scales of justice in favor of federal agencies in cases dealing with questionably worded federal statutes. Lawyers call this approach "Chevron deference."

To say the least, the existence of Chevron deference raises some significant legal questions. For example, don't federal judges have an independent duty "to say what the law is," as Chief Justice John Marshall famously put it in Marbury v. Madison? What's more, doesn't the separation of powers doctrine stand in the way of unelected federal bureaucrats defining the scope of their own authority?

In a concurring opinion filed this week in the case of Gutierrez-Brizuela v. Lynch, Judge Neil Gorsuch of the U.S. Court of Appeals for the 10th Circuit asked and answered those very questions. His judgment? Chevron deference needs to go.

Chevron is a "judge-made doctrine for the abdication of the judicial duty," Judge Gorsuch declared. "Under its terms, an administrative agency may set and revise policy (legislative), override adverse judicial determinations (judicial), and exercise enforcement discretion (executive)." In his view, "under any conception of our separation of powers, I would have thought powerful and centralized authorities like today's administrative agencies would have warranted less deference from other branches, not more."