Bails that don't consider defendants' ability to pay "are not only unconstitutional, but they also constitute bad public policy," the Justice Department said. 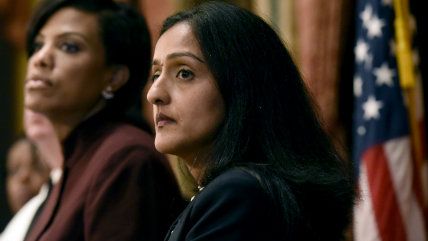 Jailing poor defendants because they can't afford to pay bail is unconstitutional and bad public policy, the Justice Department argued in federal appeals court in a brief filed Friday.

In an amicus brief to the 11th Circuit Court of Appeals on behalf of a mentally ill Georgia man who was jailed for six days when he couldn't afford to post bail, the Justice Department said bail schemes that don't consider an indigent defendant's ability to pay violate the 14th Amendment's equal protection clause.

Since the national debate on policing that erupted after the police shooting of Michael Brown in Ferguson, Missouri, investigations have revealed how some cities and counties raise significant amounts of their revenue through the punitive enforcement of minor fines and code violations, which, unsurprisingly, falls hardest on poor and minority communities. Numerous lawsuits have been filed over the past 16 months—in Georgia, Mississippi, Massachusetts, Alabama, Texas, Missouri, and Louisiana—alleging that cities and counties are essentially operating unconstitutional debtors' prisons.

Earlier this year, the Justice Department released a "dear colleague" letter on the illegal enforcement of fines and fees. Among other things, the Justice Department warned municipalities that "courts must not employ bail or bond practices that cause indigent defendants to remain incarcerated solely because they cannot afford to pay for their release."

In Friday's brief, the first time the Justice Department has made the argument in court, the department struck an even more strident tone:

"In addition to violating the Fourteenth Amendment, such bail systems result in the unnecessary incarceration of people and impede the fair administration of justice for indigent arrestees," the department wrote. "Thus, they are not only unconstitutional, but they also constitute bad public policy."

In the 11th Circuit case, Maurice Walker is suing the city of Calhoun, Georgia for jailing him for six days after he was unable to pay a $160 fixed cash bond. Walker, 54, was arrested on charges of being a pedestrian under the influence. He has serious mental health issues and a limited, fixed income, according to the complaint. While he was held in pretrial detention, he claims he was unable to take his medication and only allowed out of his cell for an hour a day.

Walker was released from jail after two civil rights advocacy groups, the Southern Center for Human Rights and Equal Justice Under Law, filed a class action lawsuit on his behalf against the city.

"Hundreds of thousands of human beings are held in American cages every night solely because they are too poor to make a payment," Alec Karakatsanis, the co-founder of Equal Justice Under Law, said. "Today's amicus filings of support by a wide range of groups, including the Department of Justice, takes us closer to finally eradicating poverty jailing from American society."

A district court placed an injunction against the city of Calhoun, ordering it to implement a new bail scheme and release any misdemeanor arrestees in the meantime.

Opposing the Justice Department's argument is the American Bail Coalition. In an amicus brief on behalf of the city and the ABC, former U.S. Solicitor General Paul Clement wrote that "bail is a liberty-promoting institution as old as the republic."

"Plaintiffs would have this Court effectively abolish monetary bail on the theory that any defendant is entitled to immediate release based on an unverified assertion of indigency," Clement wrote. "Nothing in the Constitution supports that extreme position. In fact, the text and history of our founding charter conclusively confirm that monetary bail is constitutional."

However, the libertarian Cato Institute, in a separate amicus brief in support of Walker, argues that the common law right to individual bail stretches back a millennium and is well-established in the Constitution.

"Constitutional history could not be clearer about bail and pretrial liberty: it must be available and affordable to all but the most dangerous defendants," Cato counsel Ilya Shapiro wrote. "The City of Calhoun now stands with the Stuart Kings among the tyrants of history who usurp ancient rights—and on appeal is trying to defend that title. The city's best course would be to abandon its defense and comply with basic due-process requirements that preserve the freedom of the poor. That would save its taxpayers some legal fees to boot."