The Shadow of the Pauls on the GOP Platform: Auditing the Federal Reserve Stays In 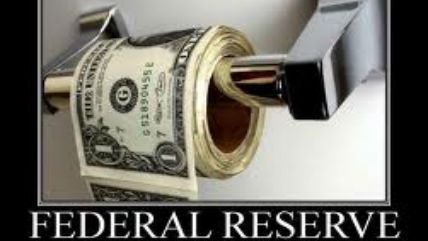 While the words "Federal Reserve" can be found nowhere in the 2008 version of the Republican Party platform, the year they were all happy to pretend Ron Paul hadn't run for president, his second-place delegate showing and general rise in popularity between his 2008 and 2012 runs helped make one of his formerly eccentric pet issues a part of the platform in 2012. (See my 2009 Reason feature on how Paul made the issue relatively mainstream.)

While this year his son, Sen. Rand Paul (R-Ky.), got driven from the GOP presidential race early, and the Paulite dedication to a smaller and less offensive military, genuine unmanaged free trade, and actual shrinking in the size and scope of spending and taxing, is mostly a memory in either or both the platform or the Party's standard-bearer Donald Trump, the lonely Fed platform remains, theoretically committing the Party's politicians to an "annual audit of the Federal Reserve's activities. Such an audit would need to be carefully implemented so that the Federal Reserve remains insulated from political pressures and its decisions are based on sound economic principles and sound money rather than political pressures for easy money and loose credit."

Rand Paul was asked at FreedomFest by Kitco News this past weekend where that audit the Fed fight stands in the legislature. Paul noted that it passes overwhelmingly in the House but it took him years to get a vote in the Senate.

He did get that vote in January, and got 53 votes for it, but needed 60 in the Senate to pass. "I'm going to keep trying," he said, and he "needs to get more Democrats on board." Paul pokes at Bernie Sanders for voting for the bill but not co-sponsoring it or working to wrangle fellow Democrats to vote for it.

Video of that exchange from Paul: