The FDA's Foolish War on Salt 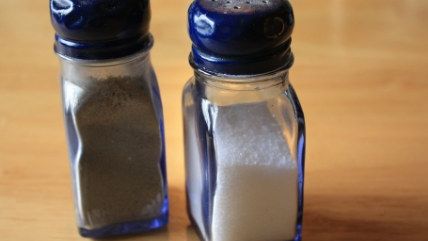 Earlier this month, as I touched on briefly in a recent column, the FDA issued a "voluntary" sodium "guidance" for the food industry. The agency is seeking to pressure companies to reduce the salt content of their foods.

It establishes and applies to 150 categories of food. It also creates two- and 10-year salt-reduction goals, with an eye to allowing time for "American palates to adapt to new tastes and manufacturers to reformulate products." The FDA claims the guidance is "intended to address the excessive intake of sodium in the current population and promote improvements in public health."

But the plan, I wrote, has "faced sharp criticism." So what's wrong with this voluntary guidance? Many things. Here are three.

First, it's not based on scientific consensus.

"A majority of the research on sodium and hypertension indicates that high levels of sodium slightly increase blood pressure," said Cherylyn Harley LeBon, a lawyer, former senior counsel on the U.S. Senate Judiciary Committee, and a contributing fellow with the National Center for Policy Analysis who's followed the issue closely, in an email to me this week. "However, the majority of recent research on sodium and total health outcomes actually shows a wide healthy range of sodium intake that is well above the FDA recommendations."

A statement by the Salt Institute, which represents salt makers, blasts the science underlying the FDA's guidance, calling the decision "tantamount to malpractice and inexcusable in the face of years of scientific evidence showing that population-wide sodium reduction strategies are unnecessary and could be harmful." The group rightly points out that a 2013 report by the Institute of Medicine—which, like the FDA, is housed within the Dept. of Health and Human Services—"specifically did not support sodium reduction."

"Like others inside and outside of government, we believe additional work is needed to determine the acceptable range of sodium intake for optimal health," said Leon Bruner, Chief Science Officer of the Grocery Manufacturers Association, a group that represents many of America's food and beverage makers, in the wake of the FDA's announcement earlier this month.

Second, besides its shaky scientific basis, the FDA attack on salt is clearly just an intermediate step toward a future move by the agency to cap the amount of salt in food. Consider the move in context.

The salt crackdown has been looming for years. And, as I've detailed, the FDA is currently at war not just with salt but also with a litany of other ingredients commonly found in many foods. Various activists are pressuring the FDA to turn its new "added sugar" label into a cap on the amount of sugar that can be added to food or, put another way, a ban on adding "too much" sugar. Other activists have sought to place limits on the amount of caffeine that can appear in foods. That's something the FDA has been considering.

As I've also lamented previously, voluntary guidelines have a tendency to become mandatory. New York City's salt rules started off as a voluntary effort, I've noted, and recently morphed into mandatory rules. The FDA's rules that required the trans fat content of foods quickly turned into a ban on manmade trans fats.

"Food producers will face public pressure to comply with FDA sodium reduction efforts even if they are voluntary," LeBon told me this week. "This will require millions in costs to reformulate products so that they remain appealing to consumers. And who will pay for these costs in the end: parents, families, and consumers."